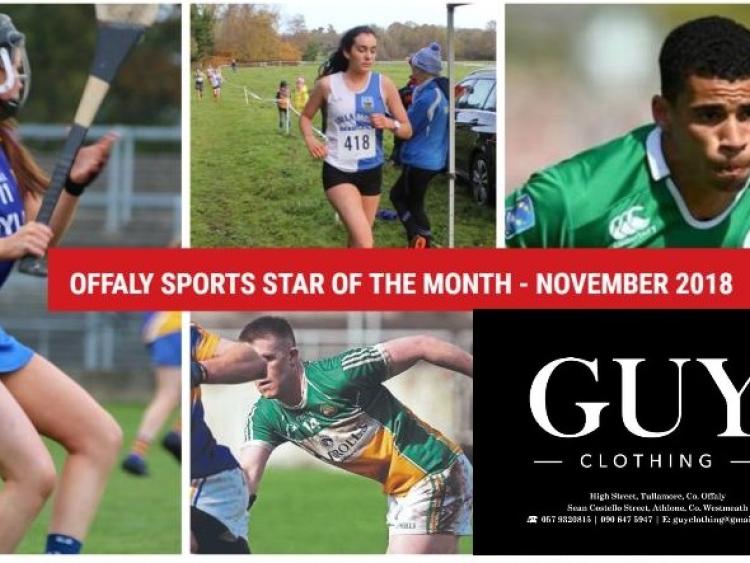 The winner of the Offaly Express/Guy Clothing Sports Star of the month for December is.....

The Offaly Express/Guy Clothing Sports Star of the Month for November is Edenderry boxer Lauren Kelly.

The up and coming star took an incredible 42% of the thousands of votes cast.

The Edenderry fighter beat Renee Roche from Castlebar in the 75kg weight class at the National Senior Championships in Dublin's National Stadium. Lauren also became a youth Olympian in 2018 and is now an eight-time national champion having taken the step up to senior level in her stride.

Dual star Kate Kenny was second in the voting with 15% of the vote with Tullamore Basketball Club star Roisin O'Brien in third place in the voting.

Lauren will now receive a specially commissioned glass trophy from sponsors Guy Clothing and will go forward as our July winner for the ultimate Offaly Sports Star of the Year 2018 vote which will launch in early 2019.