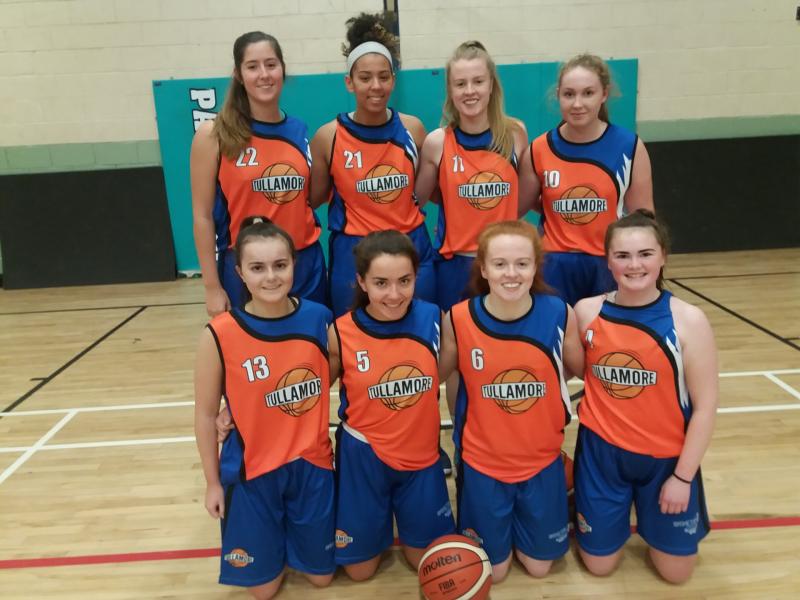 'The best quality women's game seen in the Midlands League for quite some time' was the verdict from one experienced Portlaoise connaisseur of basketball in the aftermath of the weekend's first-round game in St Mary's Hall Portlaoise.

Team Orange from Tullamore started with 6 of their 8 players making their first competitive debut in the Midlands Senior League. The early going was basket for basket with Ally Esielionis giving an exhibition of low post finishing for the Tullamore side.

For Portlaoise, former Kestrels starlet Sarah Fallon kept the scoreboard ticking so as to ensure that the gap between the sides never extended past 4 points.

In the second quarter, it became apparent that the long-range 3 point scoring of Marisa Howard and Rebecca O Mahoney could be a powerful weapon in team Oranges arsenal as the season progresses. At the halftime buzzer, a shot from Esielionis just rimmed out as Orange took a 2-point lead to the changing rooms.

Portlaoise Panthers Black have been the dominant side in this league for the last four years so their experience in tight corners was always going to tell as the game wore on against a Team Orange consisting of 4 under 18 players and so it proved with Black winning the third quarter 21-11 on the back of 7 points from Shauna Burke to lead by 9 at the three quarter mark.

Incredibly, it was one of these U18s Grace Halligan who proceeded to drag her side back into the match. Grace, who was recently presented with her under 17 International Cap in honour of representing Ireland versus Scotland, hit 7 points to close the gap to 4 before Marisa hit a three-point jumper to reduce the lead to one.

The Black Panthers did not wilt though and held their nerve to score 6 points to Oranges 2 in the last 2 minutes to win 63-58.

Both sides received an ovation from the crowd as the final buzzer sounded. It all bodes well for the season ahead for both sides. Orange are in action next Friday night in Colaiste Choilm in their first home game of the season at 8:30pm where they host Heywood Hoops.