Another prestigious title for Offaly golfer 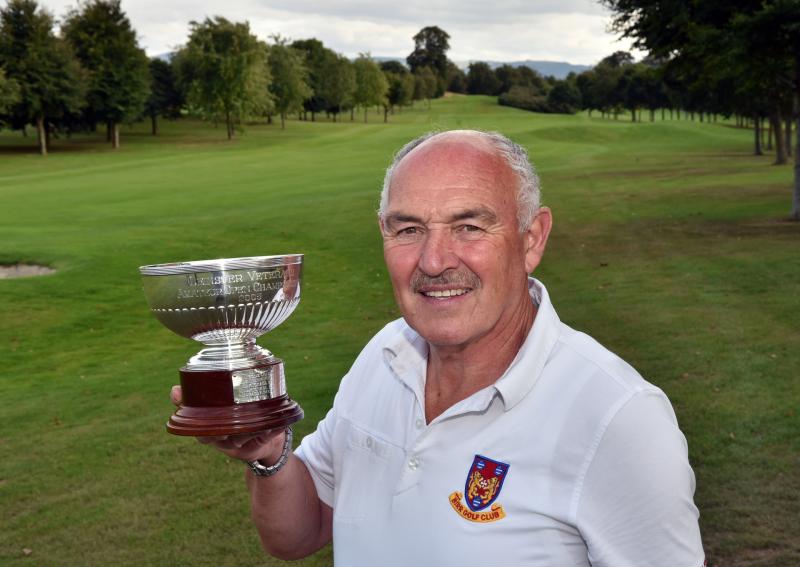 Bill Donlon with his trophy. Picture by Pat Cashman

An Offaly golfer has added another prestigious title to his collection of trophies.

Birr's Bill Donlon won the Veterans Trophy (Over 65) at the 2018 Leinster Seniors Amateur Open Championship. The Championship was staged at Luttrellstown Golf Club this week.

Two birdies in his last three holes helped the Birr man to victory after a staggering second round where he took a full 13 shots less than he did in round one.

Bill has previously represented Ireland in the Senior Home Internationals and among his other notable victories was the Rose Bowl at the Irish Seniors Close Championship in 2017.