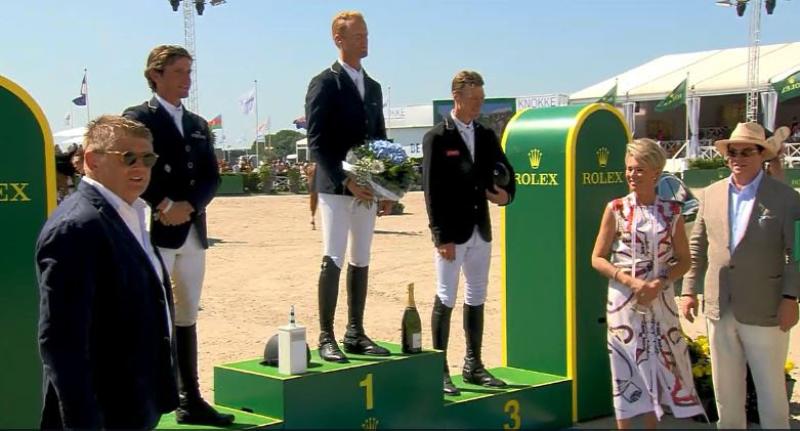 Riding the Ann Thompson-owned 12-year-old stallion Balou du Reventon, Kenny was among a group of 14 riders who made it into the jump-off.

Drawn midway through the second round, Kenny took the lead with a blistering fast clear in 39.06 seconds. He was eventually pipped for victory by the in-form Belgian rider Niels Bruynseels with Gancia de Muze. He crossed the line in 38.74 to take the top prize of a new Audi car and €26,000. Kenny took home €60,000 for his runner-up finish while Britain’s William Whitaker collected €45,000 for his third place finish with Utamaro D Ecaussines.

The Offaly man has had an incredible year so far winning a number of top events in America.

The result comes on the back of another fantastic result for Ireland at the top level of the sport on Saturday, when Tipperary’s Shane Breen took victory in the five-star Monaco Grand Prix while Denis Lynch joined him on the podium taking third place.