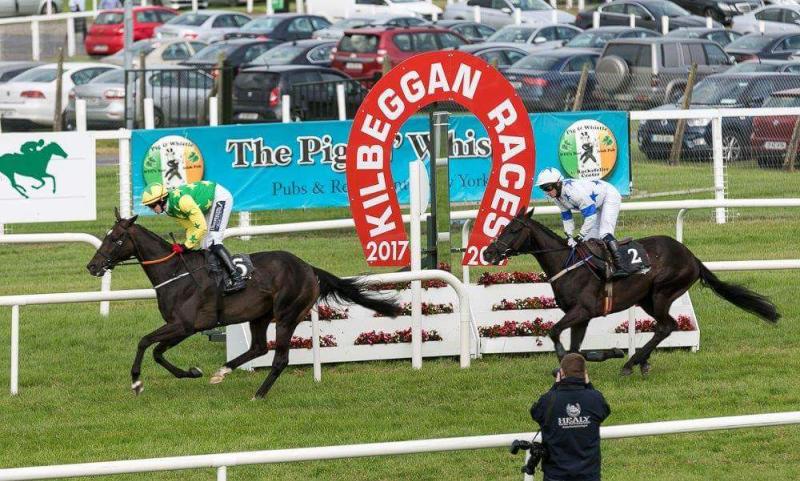 The beautiful sunshine for over three weeks in June has warmed us all up for the summer season of racing at Kilbeggan. The Leaving Cert is over and families want some holidays together, so the Kilbeggan Race meeting on Monday June 25, starting at 6pm is the place to go for entertainment.

The recent Summer Sunday Festival meeting was going to be one of best days for a long time with a huge crowd booked until the misfortune on Sunday of a main pipe bursting in the area.

Paddy Dunican, Manager said, “We were very disappointed that we had to cancel our Summer Sunday Festival race meeting on 3rd June last because of an Irish Water Burst Pipe on the main Water Feed to the entire Kilbeggan area., which left us without a water supply. We regret any inconvenience this caused to all our patrons and greatly appreciate the huge support at our rescheduled meeting on Tuesday June 5.”

Willie Mullins failed with two odds-on favourites and if one had succeeded it would have been the 3,000th winner of his career, which he achieved the following day at Wexford. Golden Poets success for Denis Hogan brought great joy to a local syndicate partnership called DPOJ. The horse was apparently backed from big prices down to 7/1.

One of the highlights of next Monday’s meeting is the very competitive Midland’s National Ladies Day July 20th Handicap Hurdle of €25,000 over 2 miles 3 furlongs, which should be a thriller. The Carmel Fay Memorial Novice Chase of €15,000 is generously sponsored by the Fay Family and the Greville Arms Hotel, Mullingar is generously sponsoring a 3 mile handicap hurdle. With a novice hurdle which has produced good winners in recent years and the usual exciting handicap chase this should be a good meeting for punters, with 7 races.

Admission for Adults to the event is €15, OAPs & Students €12, Children under 16 free (free entertainment for kids). Kilbeggan are offering special discounts for staff, customers, and friends for a group of 10 or more and Special Discount Admission of €12 per person. They also have their Summer Part Pack, which includes Admission Ticket, €5 Drink Voucher, €5 Food Voucher and a Free Race Card, at just €22 per person for a group of 10 or more. Book now at www.kilbegganraces.com.