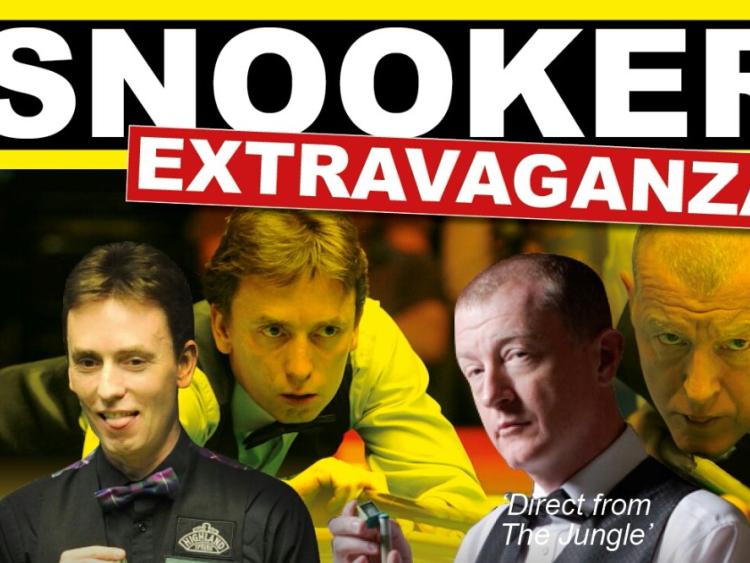 Snooker legends Steve Davis and Ken Doherty will put on an exhibition of snooker in Offaly this summer.

They will play, perform trick shots and chat about their life as sporting legends at Birr Theatre on June 5. Ticket holders will have the opportunity to meet with both snooker heroes and have their photo professionally taken and printed on site.

Six-time World Champion Steve Davis’ career achievements include three Masters and a record six UK Championship titles and much more. A household name, Davis won his last world title in 1989, and captured his last major title when he

He won the 1997 Masters at the age of 39, but he continued to play snooker at a high level into his 50s. He won the World Seniors Championship in 2013. Davis retired from professional snooker in 2016.

Turning professional in 1990, Ken Doherty has won a total of 6 ranking tournaments including the 1997 World Snooker Championship. In other triple crown events, he is a three-time UK Championship runner-up and a two-time Masters runner-up.

An intelligent tactician and prolific break-builder, Doherty has compiled more than 300 century breaks in professional competition. Since 2009, he has combined his playing career with commentating and punditry work.

This one night only extravaganza takes place on Tuesday, June 5 and tickets are €40 – including meet and greet, professional photograph and the show itself.

Tickets can be purchased from www.birrtheatre.com or at box office and by calling 057 9122911.