All the latest from Ferbane AC 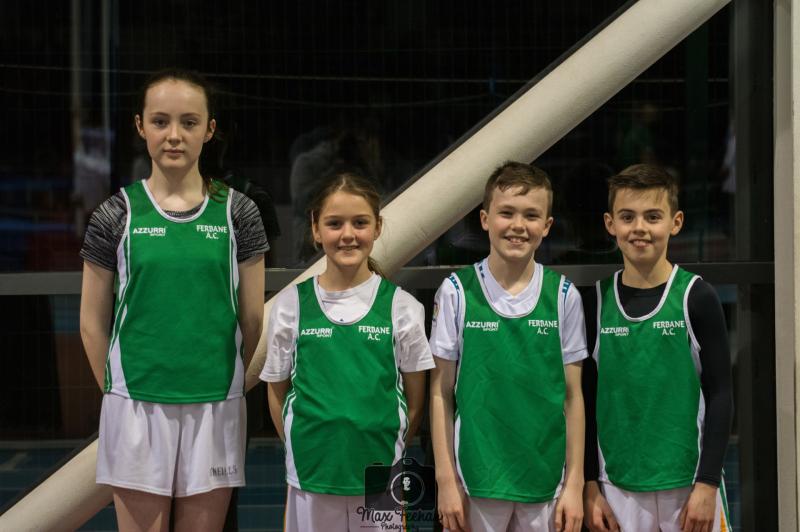 Ferbane Athletic Club were represented at the AIT International Athletics Grand Prix event by our U/13 Mixed relay team.

Ella O'Malley, Rachael Carty, Calum Corcoran and Daniel Kelly were all extremely excited at the though of completing in the same event as International Athletes, World and Olympic Champions.

However they did not allow their excitement to impact on their performance and won their relay event by an impressive margin.

The entire experience was fantastic for the quartet with the noise level in the area during their event unlike anything they had ever experienced before.

Well done to all four who each turned in fantastic runs over 200m. Their weekly training sessions definitely paid off.