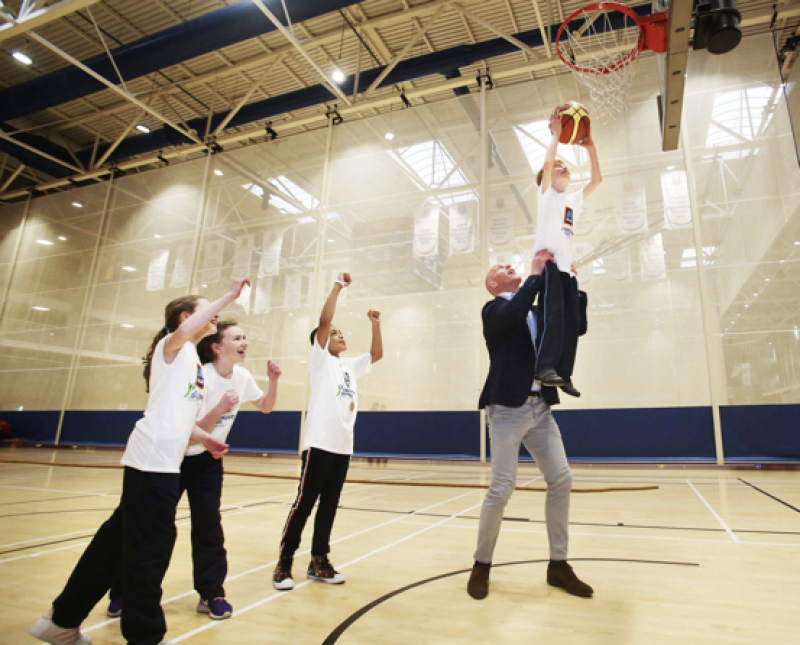 2018 marks the second of a three-year sponsorship by Aldi Ireland to invest in and support the event for future generations. The aim of the Community Games is to encourage kids and to get them to realise that it is not all about winning and more about participating. Also, to introduce young people to get involved in sport and culture.

The National Festivals will take place in the University of Limerick in May (25th – 27th) and August (17th – 19th). Over the 6 days of the games, more than 160,000 children across 575 communities are expected to take part in over 200 scheduled regional events supported by 20,000 volunteers.

Speaking at the launch today, Aldi Play Rugby Ambassador and former Community Games competitor Paul O’Connell commented, “Swimming was my favourite sport growing up and I got my first taste of competition at Community Games. I remember loving the feeling of representing Limerick and it always motivated me to do well. Taking part in Community Games helped me immensely in terms of my confidence and I learnt the importance of preparation, determination and dedication - values I later applied on the rugby pitch. I’m now into the second year working with Aldi as an ambassador for Aldi Play Rugby. Between working on this and seeing what they have done with Aldi Community Games, it is clear to me the great commitment Aldi has to developing the community support initiatives that they are involved in.”

Olympic Bronze Medalist, and former Community Games competitor Rob Heffernan said, “Aldi Community Games is all about participation. Children come from all over Ireland, and being around their peers and having fun in a safe and sporting environment is better than any medal they could win. The event sends a message to children from an early age that they can achieve their dreams no matter how big or small through local and national sporting and cultural events. I have the fondest memories of my time taking part.”

In the last 51 years that the Community games have been going on there has been many celebritys take part in the games such as Saoirse Ronan, Paul O'Connell, Niall Horan, Rob Heffernan, Olive Loughnane, Niall Breslin known as Bressie, Niall Quinn, Colin Farrell and Sonia O’Sullivan.

“At Aldi our competitive nature ensures that we will never be beaten on price.  We have also made an equally strong commitment to promoting active, healthy lifestyles for Ireland’s next generation, and teaming up with Community Games, and indeed the IRFU, is built on that vision.”

“The first year of our partnership with Community Games was a huge success and I have no doubt 2018 will exceed our expectations. I would like to wish all the children and volunteers taking part in the hundreds of events up and down the country over the next few months the very best and hopefully they will make it to the University of Limerick for the National Festivals next May and August.”

Community Games CEO John Byrne added, “We are looking forward to a new era for Community Games as we embark on a three-year partnership with University of Limerick to host our National Festivals. With the support of our title sponsor Aldi and our other corporate partners in the promotion of healthy lifestyles we are confident that a bright future lies ahead as we begin our sixth decade as Ireland’s leading sporting and cultural organisation.