It has been a busy period for the club 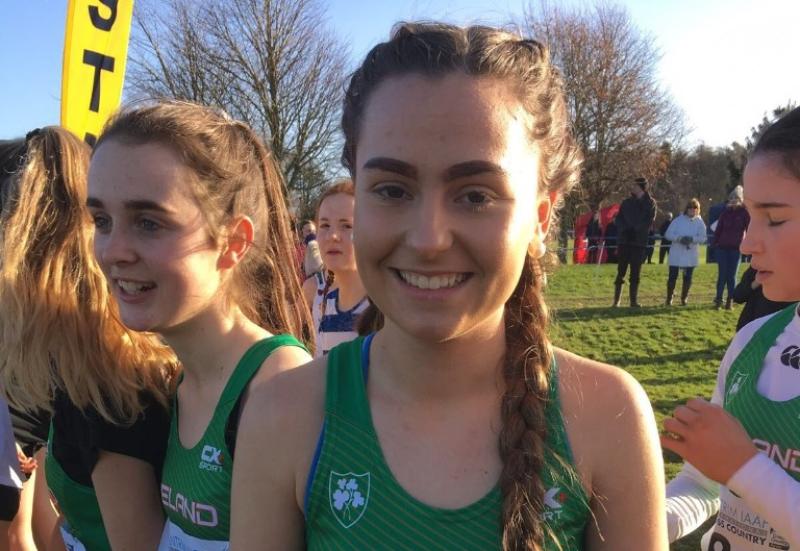 As usual the club finished off the racing year with our annual “Round The Houses” race on New Year’s Eve. Comprising of a four-lap route from the car park around on a loop around Adams Villas the race is just shy of 5000m and is a blind-handicap with winners determined after the event with Rory Farrell taking the honours for 2017. Dave Murray put in the fastest time on the day and was the clear winner in 15.37. Well done to all who took part.

There were some great performances from the Track &amp; Field Juveniles at the recent Northwest Indoor Games in AIT Athlone. Ten juveniles competed in this highly competitive open competition. Aaron Keane got the team off to a great start taking gold in the U18, 200m. In the long jump, Luke Burke taking silver in the U14 boys and Katelyn Farrelly taking silver in the U16 girls. Jack Saunders narrowly missed out on a medal by barely grazing the bar at his 3 attempts at 145cm in the U14 boys high jump but finished with a super PB of 140cm. The 60m sprint saw all our athletes perform superbly notably Katelyn Farrelly taking bronze and still awaiting confirmation of the result, but Luke Burke and Evan Farrelly in the u14 boys expected in the first 3. The day finished with 2 exciting relay teams in the u16s, 4x200 boys and girls, with the girls taken a very convincing gold and the boys in a very contested race were pipped on the end line to take 4th place. Shauna Slattery's day ended early due to a minor injury but cheered our guys on all day to the end. Grainne Lawlor, from Rosenalis
Kilcavan AC, an associate member and trains with the track and field group took a superb bronze in the u16 girls 200m. Well done to the team of Aaron, Katie, Luke, Kate, Diarmuid, Evan, Shauna, Katelyn, Jack and Grainne.

This year the club is proud to announce that we received 3 awards in the Leinster Star Awards which were held in the Bridge House on Saturday 6th of January. Two of our juveniles, Danielle Donegan and Aaron Mangan received well-earned awards and the club was awarded the O’Hannelly Memorial Cup for its achievements in Adult Road and Cross Country competition.

Danielle is a very talented young runner. She has competed for Tullamore Harriers from an early age. Over the last eight years she has been consistently one of the club’s best athletes. Her family have a huge interest in the sport and Danielle gets great help from her parents John and Marie who are keen runners. In addition, her two sisters and three brothers are also committed to the sport and train with and enthusiastically support Danielle year-round.

In 2017, Danielle’s successes were almost year-round. She competed well in the Leinster Indoors, getting into the medals in the U17 800m, when she finished 3rd and in the Junior 3000m when she came 2nd. In the U17 1500m, Danielle missed out on a medal by one spot as she came home in 4th place.

In the Leinster Outdoor U17, Danielle became Leinster champion for 3000m with a great solo effort at the front in Tullamore, these track successes were built on during the cross-country season as Danielle came 2nd in both the U17 and U18 Leinster Cross Country Championships. Danielle is coached by Tullamore Harriers Endurance Squad team of coaches who include, Damian Lawlor, Anthony Murphy, Annamarie Cunningham, Declan Lambe, Triona Cotter and Richie Faulkner.

Aaron is a fast-improving middle-distance athlete, who shows a great commitment to his sport. He regularly makes the hour long round trip to Tullamore for training sessions and gives his all each session. This commitment is backed up by his parents Pat and Elisa who have in the past year showed a similar commitment making the regular journeys to Tullamore and Croghan for training as well as travelling far and wide for competitions.

Aaron has won many provincial and national medals in the past three years in both club and schools competitions. This year at Leinster level, he has tried to experiment and has started to compete in events other than his favourite 800m. He won three medals in Leinster competitions. He came 2nd in the Leinster Indoor 400m and gained a medal in the 800m in which he finished 3rd. In the Outdoor Leinsters Aaron had a fine run to finish 2nd in the 1500m.

Well done to Lavinia Leahy and Pauric Ennis who competed in the New Year's annual Tom Brennan 5k in the Phoenix Park. The race which was hosted by Liffey Valley AC attracted a high quality field. Pauric was 17th overall with a time of 17.09 and Lavina was 32nd female in 22.59.

Ava O’Connor had a great run at the Celtic International Cross Country in Antrim last weekend where she was part of the Irish team – well done to Ava on earning her green singlet!

Congratulations to Ger Hensey who has been appointed as Sprint Coach with the Athletics Ireland Connaught Track and Field squad. Well done Ger!

Tullamore Harriers are hosting our first ever Couch to 5k programme starting on Monday, January 8 with twice weekly sessions for 10 weeks (Monday and Wednesday evening at 6 30pm). This is a programme backed by Offaly Athletics and pioneered by Offaly Sports Partnership. Benefits will go to each individual club in the county who host such a programme. You will be training with people of equal ability and coached by members of Tullamore Harriers who have years of running experience.
All training will be on our fantastic track. The cost is €25 and anyone wishing to take part should contact a member of the club.

The club members offer their condolences to Lavinia Leahy and her family on the recent passing of her grandmother Susan Mahon of Kilcormac. May she rest in peace.