Including a trip to the Aviva 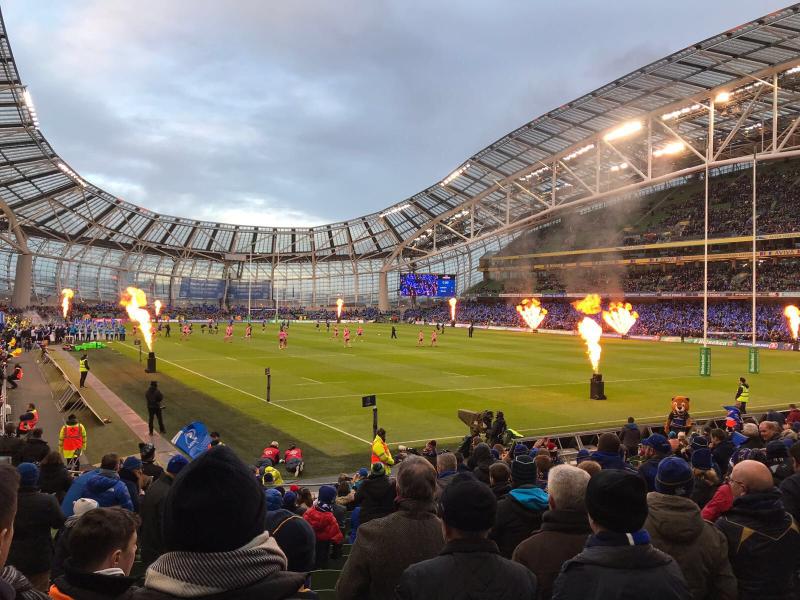 Tullamore 2nd XVs made the trip to long-time rivals Navan on Sunday for their final pre-Christmas match and there was a festive mood in the air at the county Meath club. With Christmas parties in full swing over the weekend, there was the smell of over-indulgence in the air too!

Tullamore lined up with a strong team, merging strength and guile in the forwards with creativity and power in the backs. Playing with a wind in the first half, Navan came out of the blocks early and were rewarded for their early pressure with a penalty which their out half duly slotted over.

Despite some strong carrying from Geoff Scully and Tiernan Mealiffe, Tullamore were finding it difficult to maintain possession of the ball and were further punished halfway through the 1st half, where a 1st phase midfield break from the Navan 13 brought them to within inches of the Tullamore try line. Quick recycling led to a try close to the posts which was converted.

Navan kept the pressure on through the rest of the half with Tullamore finding it difficult to gain any territory in the Navan half. Navan’s second try came late in the half where, after some good carrying through the Tullamore defence, they spread the ball wide to their fast-of-foot full back who stepped his way through the cover defence to touch down. The conversion was missed to leave the score at 15-0 in Navan’s favour.

The second half of this match had everything! Tullamore were now playing with the wind and began the half strongly. After a superb touch finder from out half Conor Hegarty, the forwards mauled the resultant lineout from 15 yards out, with Dan Cronin getting the try. This try gave Tullamore renewed hope and they were able to put more phases together to threaten the Navan defence.

Steven Pyke and Mike Tormey were showing up with strong carries as was Jerome Scully in the centre. The Tullamore scrum was also on top with the forwards regularly out-muscling their Navan counterparts. The front row of Daragh Neary, Steven Pyke and Dan Cronin had their opponents in trouble throughout the game. The patience of the players and management was being severly tested as rather than reward Tullamore for the dominance, the scrums were regularly being reset. This frustration began to boil over, resulting in a yellow card for Mike Tormey.

Somewhat against the run of play, Navan gained a foothold in the Tullamore half and their powerful no.8 managed to evade some loose tackles to score Navan’s third try. This left the score at 20-5 and Tullamore with 14 men.

This Tullamore team is made of strong character though, and fought their way back into the game. Strong carrying from Ciaran Ennis and David Keyes brought Tullamore into the Navan ‘redzone’ where the returning Mike Tormey was on hand to power his way over the try line with a trademark pick and drive.

The job for Tullamore was made more difficult soon after when Geoff Scully was red carded for taking a man out in the air in what was a fairly innocuous challenge. Galvanised by the frustrating feeling of being ‘blown off the park’, Tullamore powered their way into the Navan half once more where after an initial burst by Paul O’Reilly, Tiernan Mealiffe was on hand to power over the line and leave the scores at 20-17 with little over a minute remaining.

The tough task of scoring in ‘dead time’ proved too much for this Tullamore team but they can hold their heads high after such a second half performance. With the likes of John Burns and Mike Tormey leading the forwards and Conor Hegarty and Steven Davis directing the backs, Tullamore have the quality to beat any team they come across.

With the Town’s Cup beginning with a match against Athy in January, they can feel confident they have the players to compete into the latter stages of the tournament. Before that, there is the matter of the Midlands Plate Final against local rivals Midland Warriors on the 30th of December in Longford where Tullamore will be eager to end 2017 with some silverware.

Trip to the Aviva

Annual trips to the RDS and Aviva are a common occurrence in Tullamore RFC, but last December the club embarked on something a little bit different. For the first time ever, over 500 club members were able to travel direct from Tullamore to LansdowneRoad via train following the reopening of the historic Phoenix Park tunnel.

Traditionally, club members had to travel by bus and foot to make their way to the games, but last year they were dropped right outside the stadium. Stemming from the success of last years trip, the decision was made to run another train to the Champions Cup clash between Leinster and Exeter Chiefs on Saturday afternoon. There was massive uptake from minis right through to youths and senior club players, all eager to get in on the action.

With Leinster comfortably sailing through, it was a successful day all round. The countdown is already on for next year's trip.

The club would also like to welcome everyone to their annual St. Stephens Day match between current club members and an Exiles 15. The bar will be open, the fire will be lighting and the craic will be mighty. KO is at 1.30 and will be followed by the inter-provincial clash between Leinster and Munster on the big screen at 3!