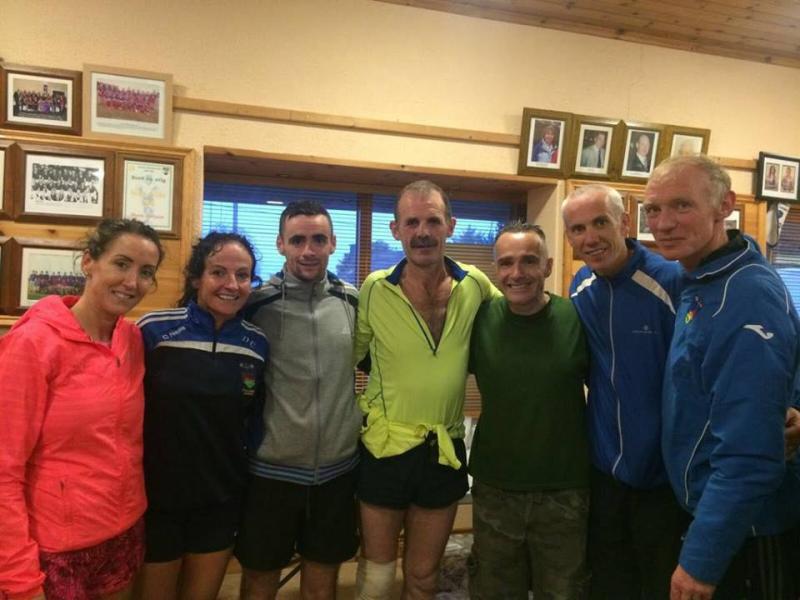 Harriers’ Quinlan Cup Half Marathon had been designated as the Leinster Half Marathon Championship race for 2017 and there were a number of medals claimed by the host club in the various categories being contested.

In the men’s competition, Pauric Ennis was the silver medallist in the Senior Men’s category; Eddie Garry was third in the M35 category and Glenn Finlay also won a bronze medal for the M45 age group. Christy Donegan added Leinster gold to his National medal for the over 55s. Andy O’Grady was the winner of the o60 age group with Jim Dolan second and Jim Langan earned a gold medal as first over 70.

The Tullamore Senior team of Pauric Ennis, Eddie Garry and Raymond Ryan took silver in the team competition; the M35 team of Mick O’Brien, Glenn Finlay and Darragh Rigney were third overall and there was team gold for the over 50 team of Christy Donegan, Brendan Abbott and Sean Reynolds. Congratulations to all our medallists.

Tullamore Harriers dominated the top spots in Drumcullen 5k last Saturday evening. Despite inclement weather Paul Mitchell was a clear winner in a time of 19:56 with Michael O'Brien second and Richie Faulkner third, David Fox fourth and Robbie Westman fifth. Brendan Abbott was 1st o5 and Mathew McCormack who is returning from injury also had a great run. Dympna Condron won the ladies race and Lavinia Spain was the fourth lady home. Well done to you all.