Offaly's Grainne Walsh, who recently won her first Elite National Boxing Title, has been chosen as one of 'Six Irish Women Not Named Katie Taylor Who Are Taking Boxing By Storm' by website balls.ie.

The piece describes the Spartacus Boxing Club fighter as 'one of Irish boxing's pound-for-pound hardest punchers' adding that she was recently given the nickname, 'The Offaly Wrecking Ball'.

Grainne is a multi-talented athlete who has also played soccer at the highest level. Her meteoric rise to an Elite Title is all the more remarkable as she only put on gloves for the first time in 2012. 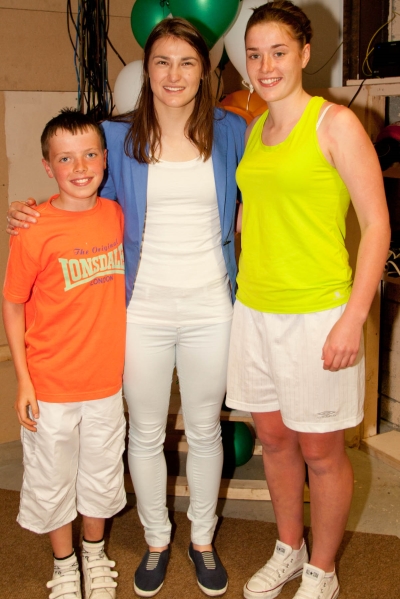 Joseph and Grainne Walsh with World Champion & Olympian Katie Taylor when she officially opened the Spartacus Boxing Club gym in the Axis Business Park, Tullamore in 2012. Grainne is now considered one of the best boxers not named Katie Taylor in the country.

However since then she has put in many long hours of hard training to maintain her fitness and her place on the national team.

To read the full piece from balls.ie, click here