Killeigh make it three league titles in a row 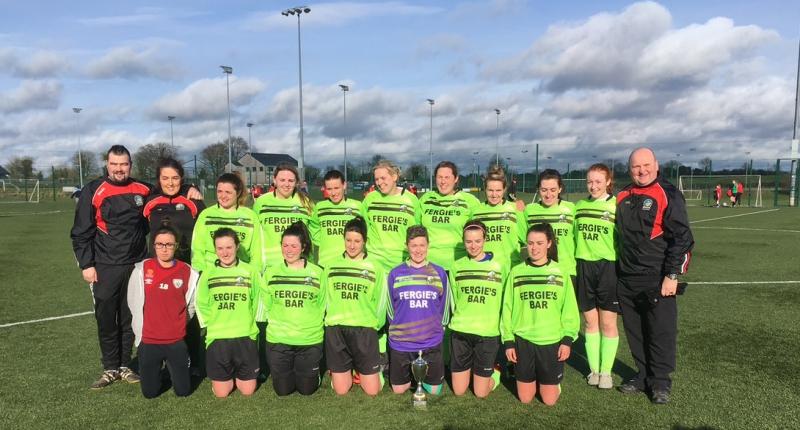 Killeigh made it a hat-trick of league titles on Sunday as they once again claimed the CCFL Women's Division.

They did so in emphatic fashion with an 8-0 win over Offaly rivals Clara. The result completed an unbeaten season for Killeigh who won ten and drew two of their twelve games.

Killeigh needed at least a point from their final game as they were level on points with Willow Park but they did much more with an impressive win.