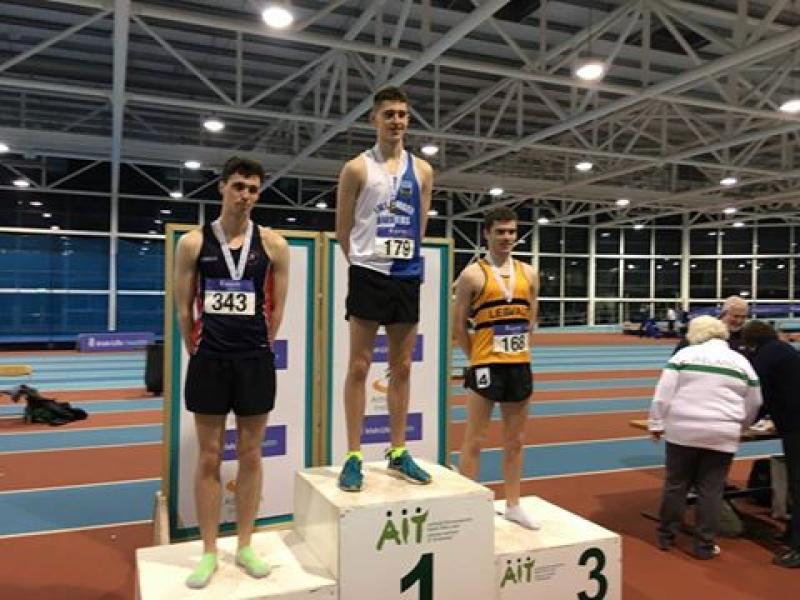 Mark Milner on the podium

Tullamore Harriers has had some great successes in both track and field competitions in recent years and the momentum continued at the weekend with two titles won at the National Junior Indoors held in Athlone IT.

Jordan Hoang consolidated his dominance in Irish triple jumping, while the club's accomplished 800m runner Mark Milner stepped up from the juvenile ranks to win his first junior title.

Jordan's performance is also significant as his longest jump,14.90m, is exactly the qualifying standard set by European Athletics for the Europan Junior championships to be held this summer in Grosseto in Italy.

Mark retained the 800m title for Tullamore Harriers with Chinnie Izuchukwu having won it last year.

Also performing well in AIT was Rachael Keane in her 60m where she finished sixth. 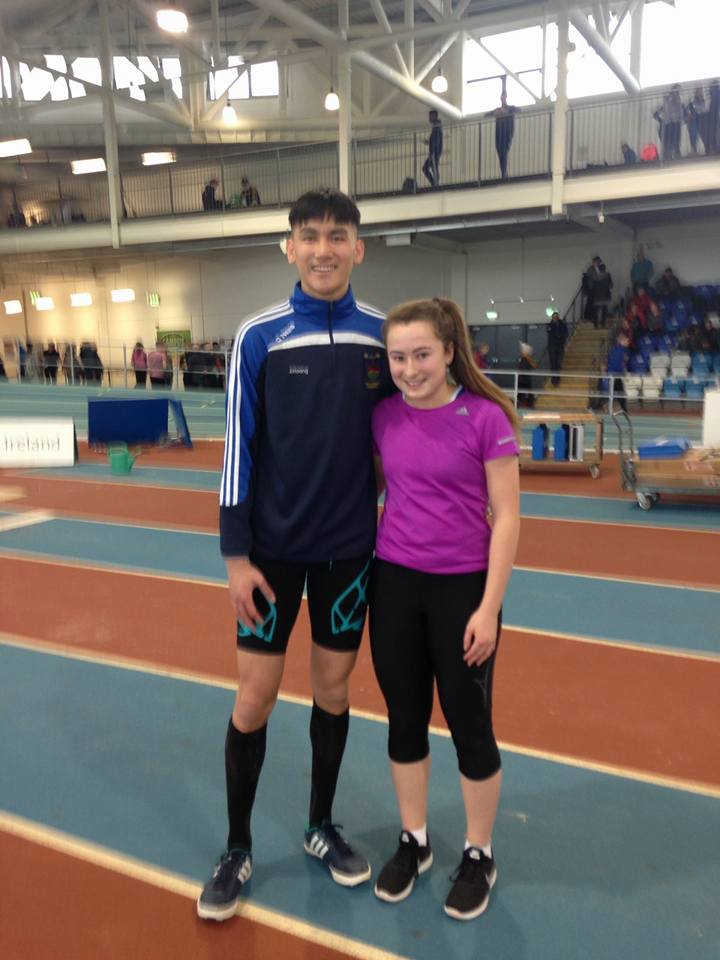