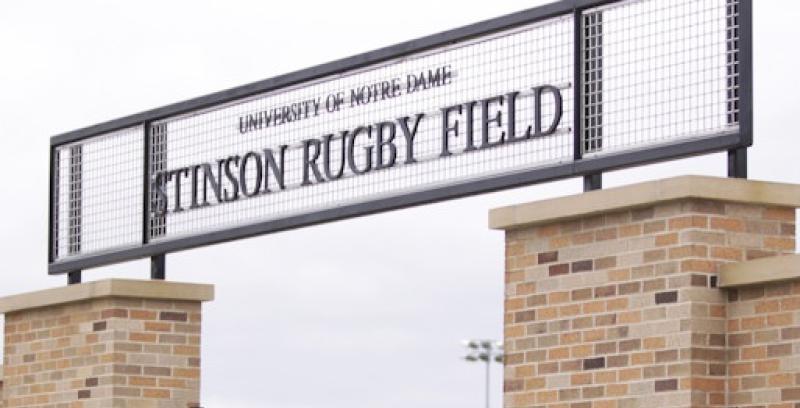 The Irish Rugby Football Union and University of Notre Dame have agreed a ground-breaking partnership to promote and develop rugby at Notre Dame and consequently across the United States.

Under the agreement, they will share knowledge and expertise and develop joint projects in areas including player development, coaching and conditioning, sports medicine and psychology. The agreement will also be the building block to generate awareness of the Irish Rugby brand among the 33 million strong Irish-American community and create new commercial opportunities.

Nicknamed 'The Fighting Irish,' University of Notre Dame – located near South Bend, Indiana - has one of the most successful and best-respected collegiate sports programmes in the world and has built a strong academic, sporting and commercial brand which resonates globally.

Rugby has been played at Notre Dame since the early 1960s and both the 15-a-side and Sevens variants of the sport are played by men and women. The men's and women's senior teams play at the highest level of collegiate rugby.
The Irish Rugby Football Union is the governing body for the sport in the entire island of Ireland where the success of both Provincial and National teams has seen its popularity surge. The status and aspirations of Irish rugby are underscored by its bid to stage the 2023 Rugby World Cup.

The IRFU / University of Notre Dame Partnership covers men's and women's rugby and aims to further strengthen the rugby culture at the University and ensure sustained success on the field. In doing so it will help fuel the appetite for the game throughout the collegiate system and beyond.

Rugby is one of the fastest-growing sports in the United States and has strong roots in the college system. The growing presence and influence of the US men's Sevens team on the world stage has helped drive interest in the game and the highly successful, nationally and internationally televised, Las Vegas Sevens tournament goes from strength-to-to-strength.
International fixtures featuring the US Eagles and other national teams including the recent clash between Ireland and world champions New Zealand at Soldier Field, Chicago, have regularly attracted sell-out crowds and widespread domestic media coverage.

The Rugby Partnership between the IRFU and University of Notre Dame is set in the context of this growing interest in the game and the acknowledged potential of the US market to embrace and sustain it.

Details of specific partnership initiatives are still being developed but are likely to include collaboration with the Notre Dame's coaching and sports science programmes to help the IRFU enhance its own programs, contributing significantly to the success of all its teams.

The IRFU believes that University of Notre Dame's sporting heritage and strong Irish links make it the perfect partner in a venture which will not only strengthen rugby in the United States but help build the brand of Irish rugby and the fan-base of its National and Provincial teams.

With 33 million Americans of Irish ancestry, the IRFU sees the US as a home-away-from-home and will seek to develop new commercial relationships as its brand and fan-base grow.

Patrick Nally, widely regarded as a chief architect of modern sports marketing, has been appointed by the IRFU to develop a commercial programme.

Welcoming the Partnership agreement Stephen Hilditch President of the IRFU said:,"We are proud to Partner with University of Notre Dame which has been at the forefront of collegiate sport in the United States throughout its history and which has been among the trail-blazers in developing collegiate rugby.

"We look forward to playing a full part in helping develop the strength of Notre Dame rugby and the culture of the sport at the University.  We are convinced that will, in turn, help drive the popularity of the sport throughout and beyond the collegiate system in a nation which continues to demonstrate its interest in rugby.

"Our association with 'The Fighting Irish' is hugely appropriate and we will do all we can to help Notre Dame's teams fulfil their potential and reach their ultimate ambition of becoming collegiate Champions.

"The United States also represents a huge potential market for Irish Rugby and the Partnership is a key element of a broader strategy to build awareness and create real engagement with existing and potential rugby fans among the 10.3 percent of the US population with Irish roots.

"They are first and foremost proud Americans but we will embrace and value their support.”

Justin Hickey, Director of Rugby at the University of Notre Dame said, "The Partnership with the Irish Rugby Football Union marks the beginning of a new era for rugby at Notre Dame and throughout the United States.

"By working closely and sharing information and expertise, techniques and processes, both parties will grow together towards achieving their particular goals.
"Notre Dame's renowned expertise in player development, sports medicine and other areas on and off the field will help strengthen the Irish teams while working closely with Ireland's coaches and support staff, who are among the best in the world, will help elevate Notre Dame rugby to new levels and, in doing so, raise the standards across collegiate rugby.”

Dan Payne, CEO of USA Rugby said, "The importance and significance of the IRFU and Notre Dame relationship cannot be over looked in a week full of extraordinary events in Chicago.  I look forward to watching the continued growth of the game in our country thanks to a growing number of partnerships with that goal in mind."