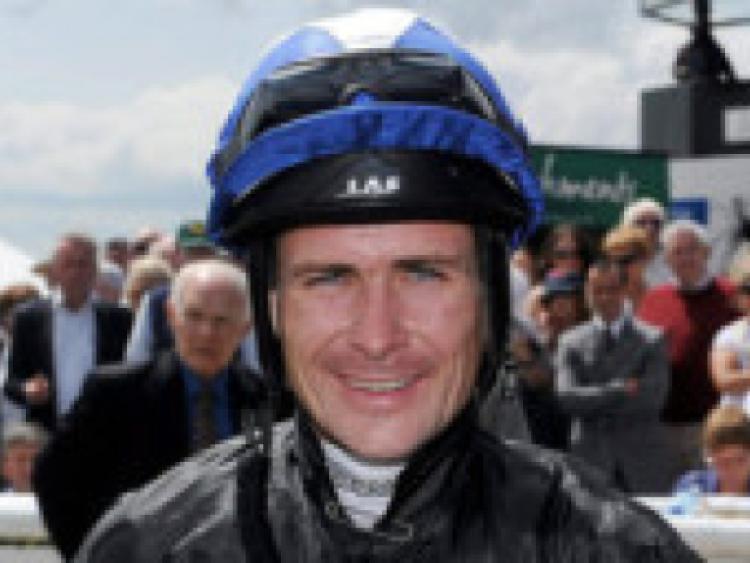 The nominations for the 2016 annual Horse Racing Ireland Awards were announced today, with 26 stars of the racing industry in the running to win an award. Champion Irish Flat Jockey Pat Smullen, who hails from Rhode has been nominated for a Flat award.

RTE sports broadcaster Des Cahill will be master of ceremonies for the awards, which take place at Leopardstown Racecourse on Monday December 5th.

2016 was another fine year for one of Ireland’s most popular jockeys as Pat Smullen was crowned Champion Flat Jockey for the ninth time in his career. He rode 115 winners at home which was his highest ever total and this was the third year in a row that he partnered more than 100 winners in a season which is no mean feat in itself.

On a personal level, his victory on Harzand in the Epsom Derby in early June meant a huge amount to him as it was his first win in this iconic event. Three weeks later the same horse gave him a second success in the Dubai Duty Free Irish Derby at the Curragh, twelve years after Grey Swallow had provided him with his first win in Ireland’s premier Flat race.

Pat also enjoyed further Group 1 success by winning the Tattersalls Gold Cup on Fascinating Rock, one of 10 Group race wins in Ireland for Pat during the year. He was regularly seen in action in Great Britain with many notable victories.

Brian Kavanagh, Chief Executive of HRI said: “Every year, the Horse Racing Ireland Awards give us the opportunity to celebrate the tremendous achievements in the Irish racing industry, both at home and on the world stage. The exceptional reputation of Irish racing and breeding is built on the achievements of the hugely talented people we are so lucky to have and I wish all nominees the very best of luck.”

The Goracing.ie website contains information about the awards and each of the nominees, an image gallery and all the latest news. It will also provide a live stream of the awards on December 5. Voting is now open for the Outstanding Achievement category.