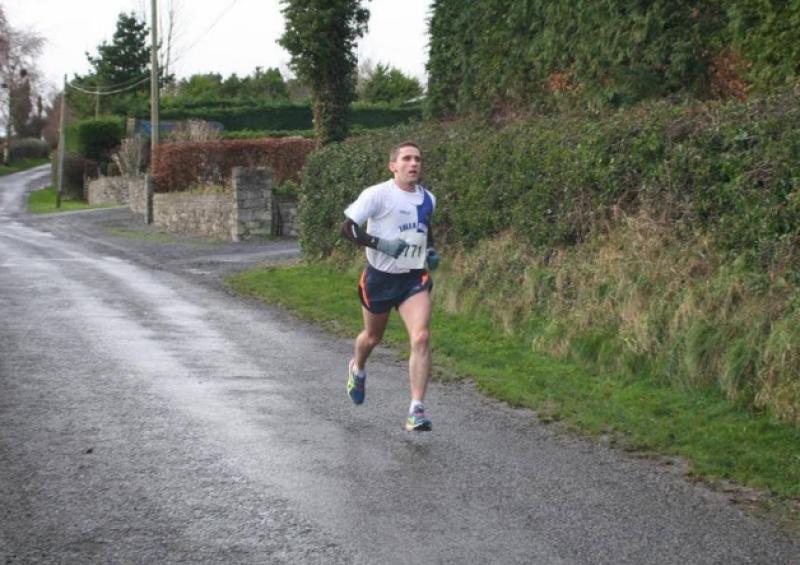 It was a busy Christmas for many of the Tullamore Harriers who took part in some of festive races held over the holidays.

It was a busy Christmas for many of the Tullamore Harriers who took part in some of festive races held over the holidays.

There was a big turnout in Kilbeggan on St Stephens Day for the annual 6k which was won by Catch Grennan. Further afield, John Harkin won the Ardagh 10 Mile Challenge.

Catch Grennan was the clear winner of the Kilbeggan 6k which took place on St Stephens Day in aid of Our Lady’s Children’s Hospital. Catch led the field of about 300 runners to win in 20.09, well ahead of second-placed Patrick Fagan of Mullingar (20.33). Eddie Garry had a great run to take third place in 20.38. The women’s race was won by Pauline Curley in 21.21 with Mary Bracken second in 24.31 and Sinead Rigney third in 25.28.

Well done to John Harkin who won the Ardagh Moydow Glen 10 Mile Challenge on the December 28th in a time of 1.00.12.

Mick Murphy was second in the Tir Chonaill AC Jingle Bells 5k in 17.29 on December 17th in