Win for Grennan at fitting tribute to Paddy Larkin 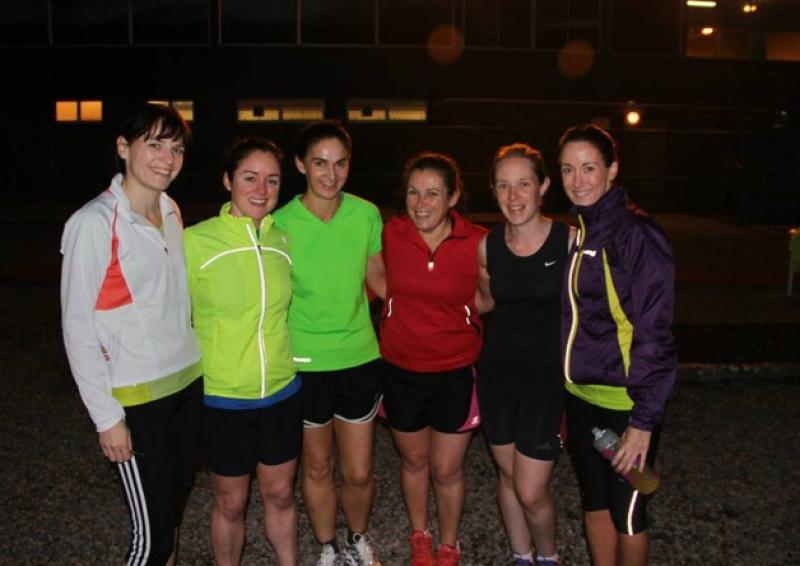 By way of outlining the 3000m course for last Thursday’s Paddy Larkin Memorial race, the eighty-seven runners on the start line were jokingly told to ‘follow Catch Grennan’.

By way of outlining the 3000m course for last Thursday’s Paddy Larkin Memorial race, the eighty-seven runners on the start line were jokingly told to ‘follow Catch Grennan’.

This proved to be sound advice as he led all the way to the finish line winning the race in an impressive 9.36. There were some fine displays of running around the figure-of-eight course which took in successive laps of both the tartan and tarmac tracks, with Ritchie Galvin taking second place in 9.54 and third-placed Mark Donegan hot on his heels in 9.56.

As usual, there was a large turnout for the event as past and present members and their families gathered to pay tribute to Paddy Larkin, one of the founding members of the club. Addressing the runners before the race, Chairman John Cronin noted the special significance of this year’s memorial as the club is set to mark its 60th anniversary on 13th November.

After the race, Fr Ciaran McGovern celebrated mass in the club house to commemorate deceased members of the club, in particular those who had passed away in the last year. The evening was rounded off with refreshments to complete what Fr Kieran described as a fitting tribute: “a great race, mass and a cup of tea”.

The country’s top cross country runners at junior, senior and masters levels were in action last Sunday at the Gerry Farnan Cross Country races in the Phoenix Park.

In the Masters Mens race three of our athletes successfully competed for places on the Irish team for the British & Irish Masters Cross Country which will be held in Cardiff next month; John Harkin who was fourth in the o40 category (28.02); John Todd who was second on the o60s (32.32) and Jim Langan who finished third in his o70 age group (24.32). We wish all three the best of luck in Cardiff.

The Senior and Junior races were qualifiers for upcoming European championships where the top four finishers in the senior and juniors races earned their places on the Irish team for next month’s Lorretto Cross Cup in Belgium.

As such, the competition was intense for the men’s five mile race which was won by Portlaoise’s Michael Mulhare in 24.30. Tullamore’s Liam Brady finished in 25th place in a time of 26.32. In the shorter Junior Men’s race Jason Donegan finished in 26th place in 23.32.

Lifford AC’s Ann-Marie McGlynn, who started her running career at Tullamore Harriers, earned her spot on the Irish team with a fourth-place finish in the women’s race which was won by cross country star Fionnula Britton.

On Wednesday 13th November the club are hosting a Table Quiz in the Tullamore Court Hotel costing €40 for a team of four. All are welcome.

Be Safe Be Seen

Now that the evenings are getting dark please remember to wear hi-vis clothing when running on the roads.

Training for adults every Tuesday and Thursday at 6.30pm and Sunday at 8.30am