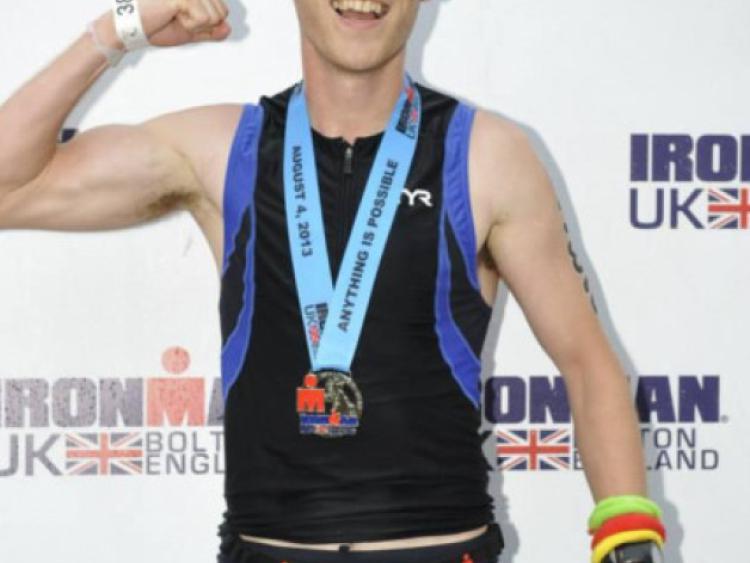 Gary Flannery of Clononey, Shannon Harbour recently completed the toughest one day endurance event on the planet, an Ironman triathlon.

Gary Flannery of Clononey, Shannon Harbour recently completed the toughest one day endurance event on the planet, an Ironman triathlon.

This endurance event took place in Bolton, United Kingdom on August 4. Gary was raising money for the Irish Cancer Society and to date has raised in excess of €3000 by completing this event which is something Gary should be very proud of.

The race itself started of at 6am in Pennington Flash Country Park where competitors had to swim 2.4 miles in a lake. This length would be the equivalent of 155 lengths of a normal size swimming pool but Gary also had a rough current to contend with.

The swim was Gary’s least favourite of the three disciplines. He commented, “I don’t like swimming but I’m great on the bike and I love running!” As the day went on he proved this.

Once Gary finished the swim, he sprinted to collect his bike and he was off on a 112 mile cycle around the north of England. This distance is longer than the average Tour de France stage length. Gary really came into his own on the bike course regularly passing other competitors.

The final section of the race was a 26.2 mile run (equivalent to the Dublin marathon), through the streets of Bolton. Gary was to excel in this discipline also, continuously passing other competitors. Gary at no stage showed signs of slowing down despite heavy rain and the distance he was after covering. He proved he was both physically and mentally very fit and had put a lot of time and effort into training and preparing himself for this event

Gary finished 911th overall out of 1700 competitors which is an unbelievable achievement. He is currently taking a well deserved break from training but is looking forward to competing again next year to improve on his overall position.