Four GOAL Miles to take place in Offaly this Christmas

Four GOAL Miles to take place in Offaly this Christmas 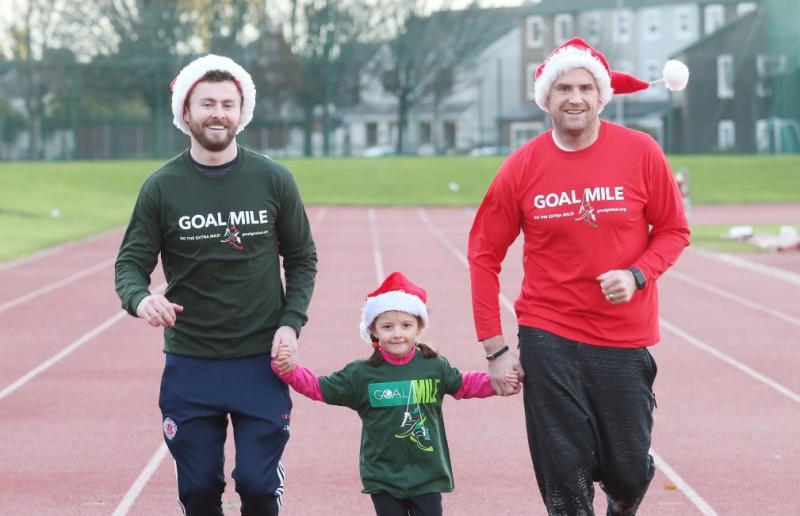 From Tullamore to Banagher, Offaly community groups will be out in force to raise funds for GOAL this Christmas. Now in its 37th year, the GOAL Mile is held in villages, towns and cities all over Ireland every Christmas and is one of the country’s largest and longest-running annual fundraising events.

In 2017, GOAL Mile events organised in County Offaly raised over €7,000 to support GOAL raise funds and awareness for their programmes across the developing world.

Alan Vard from GOAL said, “The GOAL Mile has become a tradition for many families and communities over the Christmas period, and thanks to organisers, millions have been raised to support GOAL’s work in the developing world since the first Mile was staged in 1982. The beauty of the GOAL Mile is its simplicity. People don’t need to register in advance but simply show up to their nearest event, run or walk a Mile and contribute whatever they can afford to GOAL on the day.”

Four events have been organised by community groups right across County Offaly including:

If you are interested in taking part in your local GOAL mile, all you need to do is find out the date and time of your local event, put on your walking or running shoes and show up! There is no need to register; just turn up and donate what you can to GOAL on the day. To find out about your local GOAL Mile, please visit www.goalmile.org.

The GOAL Mile was established in 1982 when GOAL's late chairperson and international athlete, Noel Carroll, came up with the idea to encourage people and their families to run a mile at The Phoenix Park on Christmas morning for GOAL.

More than 250 people turned up to that first event and from there, it has flourished to become one of the most popular and longstanding annual fundraising events in the country. Since that first Mile in 1982, those organising, running or walking a GOAL Mile have helped raise millions of euro for GOAL's various humanitarian programmes across the developing world.

Major Mile events attract thousands of participants each year, while new GOAL Miles locations are added each year. Last year, Miles were held at more than 130 locations across the country. All funds raised from the 2018 GOAL Mile will go towards GOAL’s most pressing work in the developing world. The agency is currently responding to protracted and sudden onset emergencies in Syria, Ethiopia, South Sudan, Zimbabwe and several other locations.