The woman from Offaly who conquered the racing world

THE WOMAN WHO TOOK THE RACING WORLD BY STORM 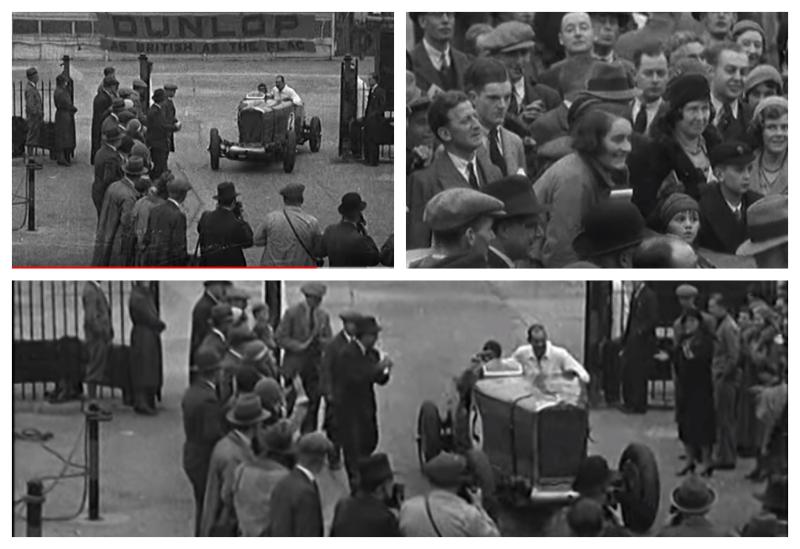 Fay Taylour, also known as 'Flying Fay', was an Irish motorcyclist in the 1920's and was a champion speedway rider. Though she switched to racing cars in 1931.

Taylour’s first race in Australia was at the Claremont ground in Perth. On Saturday, the 5th of January she beat the local ace, Frank Brown. She later came home to Ireland and won the Leinster Trophy road race, in a front wheel drive Adler Trumpf. She was also the only woman competitor in the race. She took part in 1934 in the Craigantlet hill climb in County Down. Her racing attire consisted of a jumper and a tweed skirt, according to a newspaper report at the event. Taylour said, that the day she met a man who was more difficult to handle than a racing car, she would give up racing.

Taylour’s ability and fame inspired other women of the time to race. Upon arriving in Australia she had noted that although many women in England used the motorcycle for transport, not many rode it in competition. However, her successes had the effect of inspiring more woman to race. For example, Mrs Medwell, the chairwoman of the Women’s Motor Cycle Club in Southern Australia explained, that the example created by Taylour had been behind the founding of the club. The club captain, Miss Joan Carter, commented, "the girls have been further fired with determination to become capable riders by the example of Miss Fay Taylour, the woman speedway rider who was in Adelaide this season. Both in the UK and Australia it was the case that speedway attracted many women and children as spectators to the tracks, and they now had an internationally successful woman ace."

Fay Taylour’s race against Schlam was a triumph. She led the Western Australia star for the whole three laps of the race, equalled the track record, and achieved the fastest time of the night. Her victory was reported in The West Australian under the simple, but dramatic headline, ‘Miss Taylour Beats Schlam’.

Not only had Fay Taylour guaranteed herself a place in the history of speedway. She had demonstrated, that a woman could compete on equal grounds with the men in the speedway arena. After her victory over Schlam, Taylour continued her Australian tour. She raced in New South Wales in February, winning the Consolation Handicap at Geelong, and attracting a great deal of press attention.

However, while taking part in a race, she crashed at the infamously dangerous, but spectacular Speedway Royal in Sydney. Overtaking a rider who had started in front of her, Taylour had lost control, and crashed through the wooden safety fence. She was knocked unconscious, and was taken to hospital where she regained consciousness the next morning. One result of her hospital stay was that she always took ‘soft satin pyjamas’ with her to races in case she was ever hospitalised again. They became a lucky talisman, and she was, in fact, never again hospitalised by racing.

In the 1930's, she became a follower of Oswald Mosley and joined the British Union of Fascists. Like Mosley, his wife, Diana Mitford and many other members of the party she was interned in Britain between 1940 and 1943. She became the only leading woman driver from pre-war days to resume racing after the war. When she returned to racing on circuits around the world, her appearances became fewer. Also she was usually the only woman to take part. Her fascist affiliations were omitted from her post-war publicity.

In 1949, she moved to Hollywood, where she sold British cars. In the US, she discovered the sport of midget car racing on dirt tracks. During the 1950's, she was still racing. By this time she was competing against a new generation of young drivers including Stirling Moss and Peter Collins.

After retirement in the late 1950's, she went to live at Blandford in Dorset, dying from a stroke in 1983.