Over the last five years, Offaly students have received a total of 14 awards 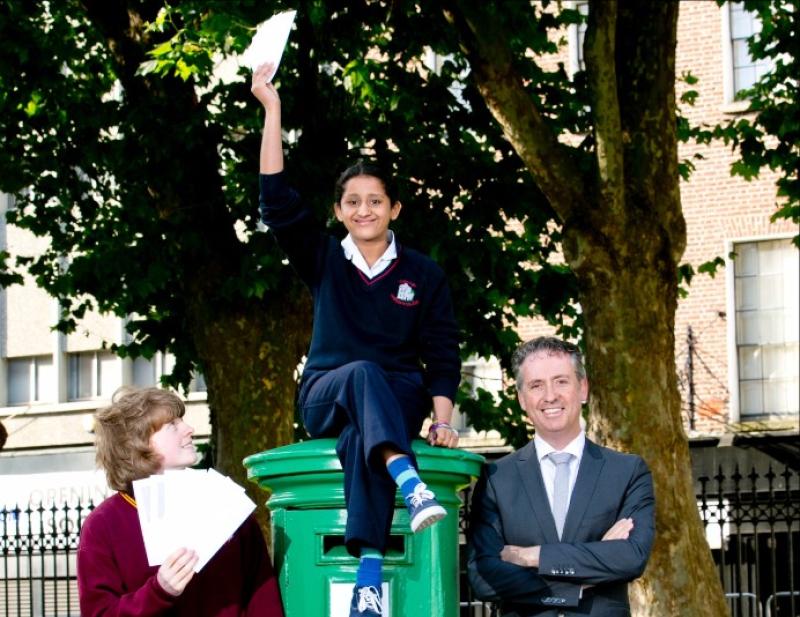 Minister for Education and Skills, Richard Bruton TD, was on hand last week to help BT Ireland announce a record number of entries for the BT Young Scientist & Technology Exhibition, which takes place on 11-14 January 2017.

2,091 project ideas were submitted by secondary students from 375 schools across the island, an increase of 2% from the 2016 exhibition.

Of the 550 projects shortlisted to compete at the exhibition, six come from Offaly secondary schools, with a total of 10 students from three local schools heading to the RDS in January.

Three projects come from Tullamore College with one each from the Sacred Heart School in Tullamore and Colaiste Choilm in Tullamore.

The 53rd BT Young Scientist & Technology Exhibition attracted individual and group entries from 4,591 students in total, an increase of over 3% on last year.

These hail from 31 counties, and girls once again out-numbered the boys with a gender split of 61% female to 39% male entrants. Students submitted ideas and innovations on subjects ranging from migration to climate change to concussion injuries, with Social & Behavioural Sciences the most popular category (41% of entries).

Speaking at the announcement, Minister for Education and Skills, Richard Bruton TD; “The BT Young Scientist & Technology Exhibition is a fantastic platform for so many students in Ireland and it is a testament to all involved, that in its 53rd year, the event still continues to grow in such strength and numbers. I have been to the exhibition on numerous occasions and it is extremely inspiring and encouraging to see the talent that is being nurtured as students develop their ideas and bring them to life on a national stage.”

Shay Walsh, Managing Director of BT Ireland, which organises the exhibition, said; “For BT, this is an investment in all young people and the ideas that they have for improving the world we live in. These students continue to amaze us, and we are delighted that they have entered the upcoming exhibition in record numbers. BT Young Scientist & Technology Exhibition is making a difference. It is one of the largest STEM engagement models in Ireland, it is launching an increasing number of start-ups, and it is highlighting our talented youth on an international stage. We are excited to see what the 2017 entrants have to show us in January.”

·         Cork has the highest number of entries from any county, followed by Dublin and Limerick in second and third place

The 53rd BT Young Scientist & Technology Exhibition will take place in the RDS, Dublin from January 11 to 14.  There are over 140 teacher and pupil awards to be won, including cash prizes, international trips and the overall title of BT Young Scientist & Technologist(s) of the Year. For more information on the exhibition, log ontoor follow the exhibition on Facebook, Twitter, Instagram and Snapchat @BTYSTE