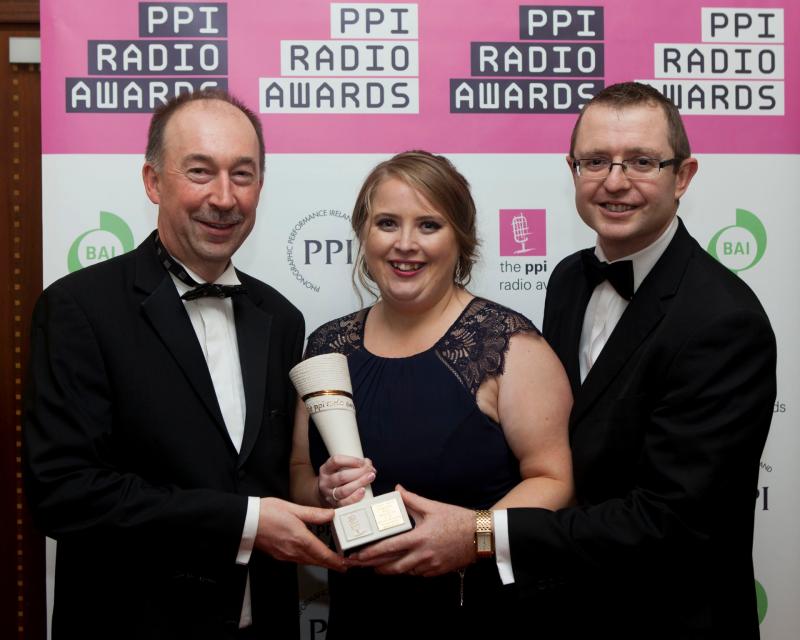 Midlands 103 is celebrating a massive win at the PPI Radio Awards, the Oscars of the industry, after Will Faulkner’s Midlands Today Show was named Ireland’s Best Current Affairs Programme.

It is the second time his programme, produced by Sinéad Hubble, has been shortlisted for Ireland’s Best Current Affairs Show, having won a bronze medal in 2008.

News Journalist Michael Brophy was named in the industry’s top three newcomers this year. The station has previously taken the top prize for news coverage in 2012 and Best Music Special in 2006.

Tindle Radio’s Group Managing Director Albert Fitzgerald has paid tribute to the team. “As the jingle goes, ‘when people want to talk, they talk to Will Faulkner’. In a recent JNLR, a startling statistic was revealed when it was shown that at 10am, more people were listening to Will Faulkner than all other stations in our area combined – and that includes all of the national offerings. We are very proud to have ‘Midlands Today’ voted the best current affairs programme in Ireland, north and south. We send our sincere congratulations to Will, Sinead and all the crew.”

The annual PPI Radio Awards take place at an annual gala ceremony for broadcasters in the Republic and Northern Ireland, for which over 700 entries were received across 37 categories.