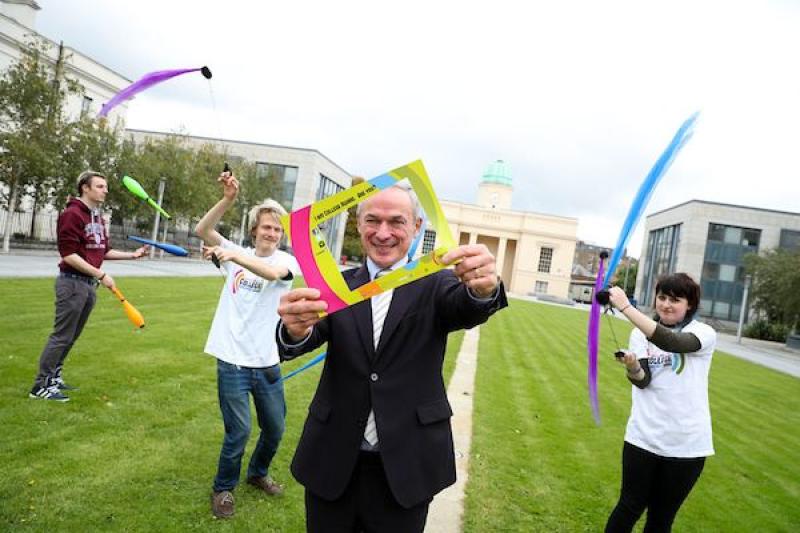 College Awareness Week, now in its third year, will run from November 21 to 27 and promotes the benefits of further and higher education. The campaign places particular emphasis on encouraging students of all ages, and social and economic backgrounds to consider their options and to become ‘college-ready’.

CAW organisers and supporters are eager to play their part in achieving the objective of a 30% increase in participation in higher level education amongst students from DEIS schools by 2025, as set out in Department of Education Action Plan for Education, published last month.

CAW is a multi-organisational and collaborative campaign which invites communities across Ireland to host events in schools, afterschool programmes, Colleges of Further and Higher education, libraries and businesses, among others. These community events aim to raise awareness of the opportunities available and to showcase local personalities who have benefitted from further education.

Since its inception in 2014, College Awareness Week has been a runaway success. Last year over 700 events took place across Ireland, and this year the organisers expect the number to increase to 1,000 events.

Minister Richard Bruton said “I am delighted to give my support to this great initiative. One of the core objectives of our recently published Action Plan for Education is to increase participation in higher and further education by those from socially disadvantaged communities.

It is vital that as a society we reach out to all who may be considering their future educational options, and it is important that they are provided with accurate and useful information. I am encouraging as many people as possible to get involved in College Awareness Week this year and to make it the most successful yet.”

Director of the National Association of Principals and Deputy Principals (NAPD), Clive Byrne, said that “one in five current school leavers in Ireland still do not proceed to any form of post-secondary education. College Awareness Week is a wonderful opportunity to encourage people from all walks of life to consider further education as part of their future, in particular this group of young people.

The campaign’s focus in highlighting the benefits of further education can also help provide a route back to employment for some of Ireland’s almost 60% long-term unemployed”.

“Ireland also has low participation rates in higher education by more marginalised groups such as people with disabilities, those from ethnic minorities or members of the Traveller community.

It is important to encourage these groupings to actively think about further and higher education. The campaign aims to break down barriers to accessing information on educational opportunities by providing community-based settings such as libraries and other public places with this information”, added Byrne.

Dr Anne Looney, Interim CEO of the Higher Education Authority said, “the HEA would like to highlight the contribution of teachers to College Awareness activities, not just this week, but every time they stand in front of a classroom. In particular, when a teacher comes from a community where college participation is lower, they can be a powerful role model for students in considering further education. This is the rationale for the recently announced Programme for Access in Higher Education (PATH) which aims to open new doors in teacher training for students from these communities”.

For more information and to register your event or activity, please visit www.collegeaware.ie