Audi Q7 goes on a diet 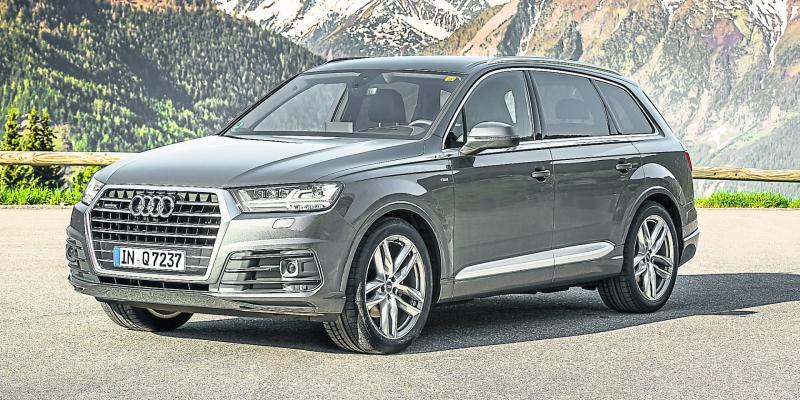 The Audi Q7 competes in the very top segment of the large SUV market with its main rivals being cars such as the Range Rover and BMW X5.

Both these cars are at thetop of their game in terms of quality and offer luxury top of the line SUV motoring at its best.

So the new Q7 needs to be very good if it is to compete head on with such stiff competition. Audi sales have been steadily climbing both here at home and worldwide on the back of a fresh new range of technologically advanced cars that obviously are appealing to buyers as they prove by voting with their wallets.

Audi have also introduced some excellent finance plans across their range making the purchase of such cars a bit easier for most.
The new Q7 is expensive but so are all its rivals at this level.

Audi put a lot of effort into increasing the efficiency of the new Q7 so this car has gone on a crash diet shedding some 325 kilos of weight over its predecessor. this really is a huge achievement on such a vehicle and it has been accomplished by the use of lighter (and more expensive) materials such as aluminium.

The new Q7 remains a big imposing machine, but the new styling details make it look a bit less angular than before.

The traditional Audi family grill adorns the front and new front and rear headlight assemblies as well as some new design alloy wheels give the new Q7 a fresh new and it has to be said more appealing look.

Seven seats are now standard across the range while the large boot can hold up to 770 litres of luggage.  An electrically operated rear tail gate makes access very easy.

As one would expect from a company that is renowned for the quality of its cars the cabin is first class.  The driving position is perfect while both driver and passengers want for nothing.

Highlights include the new fully digital Audi virtual cockpit first seen in the TT. and Audi’s MMI touch. The big revelation is the new iCockpit.
At the touch of a button the driver can change the instrument display size to allow for example to have a full live google map displayed in the instrument binnacle.  The Audi connect internet module connects the new Q7 to the internet via the 4G or LTE standard (where available), and allows use of a number of tailored internet apps, like Google Earth, Google Street View and Facebook. Passengers can log on to on-board WiFi with download speeds of up to 100Mbps.

In my opinion his is the most “connected” Audi yet and offers one of the best navigation and internet connection interfaces available today.

The 3.0 litre TDi developing 272 PS has also been reworked and now is much more fuel efficient than the outgoing model. Audi claim figures as low as 5.7 litres per100km. A 3.0 petrol TFSi power unit developing 333PS is also available.

Overall then first impressions of the new Q7 are very good indeed.

This is a serious alternative to a Range Rover or BMW X5.