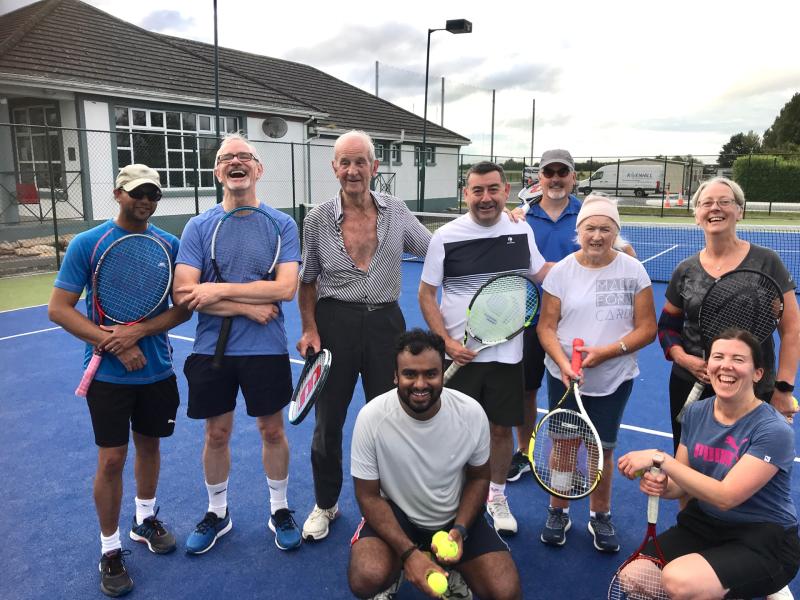 MARTIN Moran got a surprise when he tried to pay his membership fees at Tullamore Tennis Club and was told he had been made an Honorary Life Member after 30 years.

Martin has played for even longer, starting 72 years ago, at the age of 10 in Kilbeggan and continuing playing in Mullingar and Dublin amongst other places before joining Tullamore Tennis Club in 1992.

The club had tarmac courts in those days and Martin recalls the building of the current clubhouse soon after he joined.

Martin loves to play free-form tennis with trick shots behind his back, between the legs, and even swapping hands - saying that he was inspired by the likes of French tennis star, Henri Leconte.

But it’s Martin who is the inspiration now with an amazing level of fitness for someone with over seven decades of play in his legs.