Offaly people share their favourite memories of the county 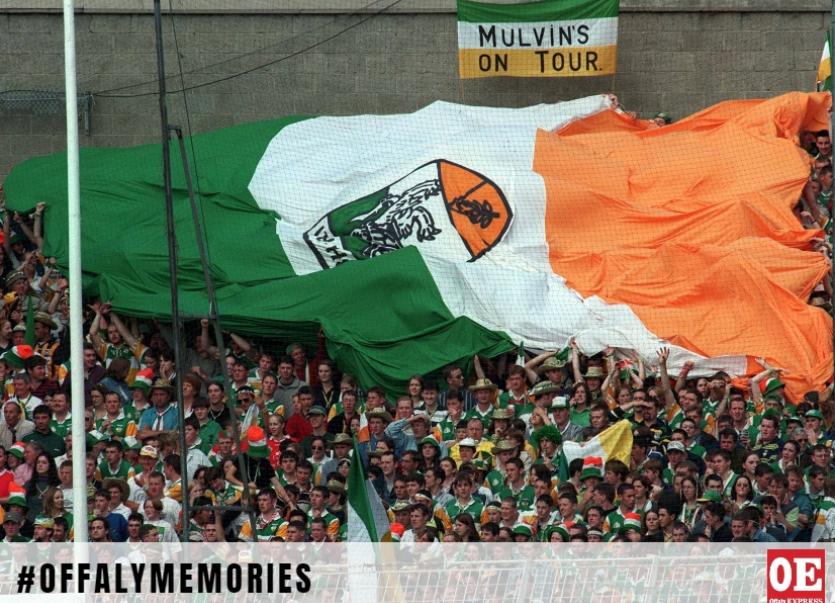 In response to an Offaly Express call-out last week, you have responded in your hundreds with your favourite Offaly memories.

Most of you remembered summer success on the GAA front with greatest fondness, while others went for the Ploughing Championships or simply the first reopening of the pubs after lockdown last year.

Read some of people's favourite memories below:. You can use the #OffalyMemories hashtag to add your memories to the collection on social media.

The Ploughing championship being held in Screggan, a great 3-day family event

Showing my age here now, watching Offaly beat Kerry in the 1972 football All-Ireland in the 'Hop' Egan's pub in Boora with my father. First time I saw a colour TV. Great atmosphere and great memories. Legends like McTague, Cooney, Bryan, and McCormack.

(Replying to Padraig Tooher) All-time greats, different game back then. I'd love to see that team take on the dubs now.

I was at the All Ireland in 82. I was 12 years old. But I was crying I was so happy when Offaly won.

A week before the 82 All Ireland I got caught up in an armed hold up in the Bridge House. I was giving evidence to Matt Connor in the barracks. During the interview, I asked him about the game next week. He said we are going to win. I said I hope so. He said we have to we are not going to lose this one.

82 we all remember the Darby goal but the penalty save by the great Martin Furlong was the point of no return if it went in. I was in the Hogan Stand with my Dad. The best sporting memory event I’ve ever seen.

1994 All Ireland senior hurling final win vs Limerick with my Uncle Liam. Behind with minutes to go before the Dooleys stepped up to take the win! Not a bad first experience of the All-Ireland.

We had great days in Croke Park, great matches hurling and football its hard to pick one, 82 final, 1997 Leinster final, the sit down in Croke Park before Joe Dooleys finest hour in Thurles. Great days.

Offaly, the second half of the Leinster Final vs Kilkenny in '95. Thunder & lightning at halftime, absolutely destroyed the Cats in the subsequent 35mins. Birr, take your pick of the All Ireland wins!

Jumping the fence in Croke Park when Seamus Darby scored that goal.

1994 All-Ireland final vs limerick down by 5 points with 5 minutes to go. Limerick thought they had it won until the Dooley brothers stepped up and the rest is history. Great memories.

In 1969, the year we were married; Offaly beat Kildare in the Leinster final.

When offaly won the hurling and football in 1998.

Jumping the fence to sit down on the pitch in Croke Park when the ref blew the Offaly and Clare hurling match early in the 1998 All Ireland semi final.

Watching the Offaly hurlers in Eugene's pub in Tullamore in the 90s, mighty craic.

Offaly hurlers winning the All Ireland in 1998 after playing Clare 3 times what a year. Shane Lowry winning the open was super.

All Ireland in September 1998 when Offaly beat Kilkenny in the hurling. And we all jumping the fence and thousands out on the pitch and the celebrations went on for a week or more.

(Replying to Johnny Donegan) was in Hill 16 that day. Remember climbing that fence with my brother and dad.

(Replying to Evin Boland) I remember it very well. We were all on hill 16 also with half my village and all us Offaly crowd. Nearly all of Hill 16 jumped the fence that day. Then back to The Big Tree & McGraths pub for pints and the last train from Dublin that night.

Watching thousands upon thousands of Offaly jerseys decend around the capital of Dublin on All Ireland day.

Quite a few. Offaly winning the Rose of Tralee is one of them.

On the hill in 94. The last 5 minutes were just brilliant. The scramble to get out on the pitch.

Dooley banging in the points at the end of 94 final. I was there, some experience.

1982 when Martin Furlong saved Mikey Sheehy's penalty. I knew it was Offaly's day to make history then.

Johnny Flaherty running into the subs and officials jumping up and down after winning the 1980 Leinster Final.

The Guard of Honour you give Antrim after the 1989 semi-final loss will live with me forever. It was a real touch of class by a brilliant team that went on to a win few All-Irelands after that day

(Replying to Ger Holden) I was a steward that day and won't ever forget the support you got in the last 15 mins from the Tipp and Galway fans as well as your own and the neutrals, was just unreal.

Pubs reopening for about 2 weeks during the lockdown.