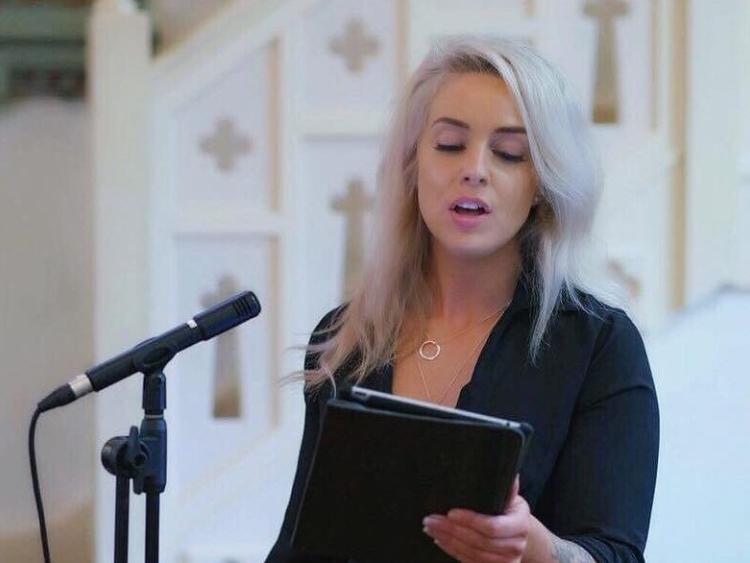 Offaly soprano Yvonne O'Toole has been officially announced as one of the special musical guests who will be performing at the Miss Universe Ireland final show in the Round Room of the Mansion House in Dublin on August 1.

On the back of two successive and history-making Top 20 placings at the Miss Universe finals - in 2017 with Cailín Toibín and last year with Grainne Gallanagh - the Miss Universe Ireland organisation, under the stewardship of director Brittany Mason, has emerged as the one to watch for fans of the competition around the world.

Added evidence of the Irish organisations current standing since Brittany Mason took the wheel came just last week when Grainne Gallanagh became the first Irish model to ever walk in Miami Swim Week. And fans around the world will have the chance to watch this year's Final Show 'live' as it happens with the entire event being broadcast on Facebook, including the crowning of Ireland's new Miss Universe Queen.

And that, of course, means that Yvonne will also have quite the audience for her performances. But it's not something that phases her in any way. In fact, now that she can actually talk about, she can't wait for the show itself to come around!

"I've seriously felt like I was going to burst for the last few weeks, not being able to tell people! [laughs]. I told one or two people who I'd trust with my life alright, so that kind of helped! But now, actually being able to say, yeah, this is happening, I think I'll start to really take it in."

"It was just the most amazing feeling when Brittany confirmed that she wanted me to be part of the show this year, and I really appreciate her faith in me. The job she's been doing with Miss Universe Ireland is just amazing, and I know from following Grainne on social media for this past year, that she's been the most brilliant ambassador for Ireland in everything she's done."

"So I'm sure whoever is wearing the crown at the end of the night on August 1 will do an excellent job for the year ahead too. I'm honoured to be part of the occasion. It's going to be an exciting night for everyone, I think, and a very special one as well."

As the Birr lady's star continues to soar, this announcement is just the latest piece of good news in what has already been a 2019 to remember. Earlier in the year, Yvonne was among the special guests invited to attend the final of RTE's hit show 'Dancing With The Stars.'

Less than six months after sitting in the audience as celebrity James Patrice kept the studio audience entertained, she now finds herself featured on the same show as him. Yvonne, who is also a highly sought after wedding ceremony singer, was recently named as an industry expert in that category by CONFETTI, the number one wedding magazine in Ireland.

She has also earned praise for her stunning vocal on her song 'Angel Maria' (written with 'Cappy' Caplice), a beautifully crafted fusion of Sarah McLachlan's massive ballad 'Angel', and the classic hymn, 'Ave Maria.' And in October, Yvonne will be performing at her first-ever solo concert at Charleville Castle, in a special fundraiser for the historic building.

"That's right, another night I absolutely can't wait for! It's been a dream of mine for so, so long to sing in Charleville Castle, and now we're literally weeks away from that happening too. And I'm really happy that we're going to be able to do it to help raise much-needed funds for the castle because it really is the most gorgeous place."

"We're so lucky to have somewhere like it here in the midlands. We'll actually be officially announcing all the details of that night very, very soon, but I can tell you that I'm going to be accompanied by the most wonderful string-quartet, and it's going to be a beautiful night of music for everyone to enjoy. But first things first, Dublin on August 1, I can't wait!"

Yvonne will be performing at the Miss Universe Ireland Final Show in the Round Room of the Mansion House in Dublin on August 1st, walking the red carpet at 6pm, before taking to the stage to sing later that evening. For more information on Yvonne, check out her official website, www.yvonneotoole.com, or follow her on Facebook, Instagram, and Twitter. For more information on the Miss Universe Ireland organisation, go to www.missuniverseireland.eu.