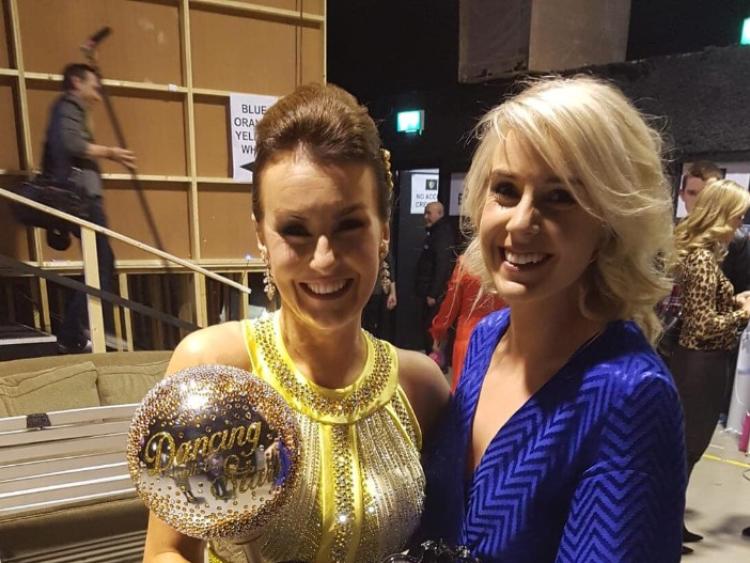 There was only one place to be in the world of Irish showbiz last weekend, and that was at the Grand Final of Dancing With The Stars.

With actor Johnny Ward, country music star Cliona Hagan, and eventual winner and presenter Mairead Ronan, the last three celebs in contention for the famous Glitterball, tickets for the season's finale were rarer than gold dust, but one Offaly singer was an invited guest.

As Westlife earned a standing ovation with an exclusive performance of their new single, Hello My Love, even Taoiseach Leo Varadker took a little time out to unwind from the stresses and turmoil of Brexit to enjoy the last night of what has been a spectacular season on the dancefloor.

Among those who received a special invitation to be a guest at the show was Offaly soprano, Yvonne O' Toole.

Yvonne recently turned in a stunning performance as Emma in Tullamore Musical Society's production of Jekyll And Hyde, and the gifted Birr native looked perfectly at home, not just surrounded by the glamour and glitter of some of Irish entertainment's biggest names, but adding to it backstage at DWTS.

Yvonne O'Toole is a name to watch out for on the local and national music scene with big things to come.