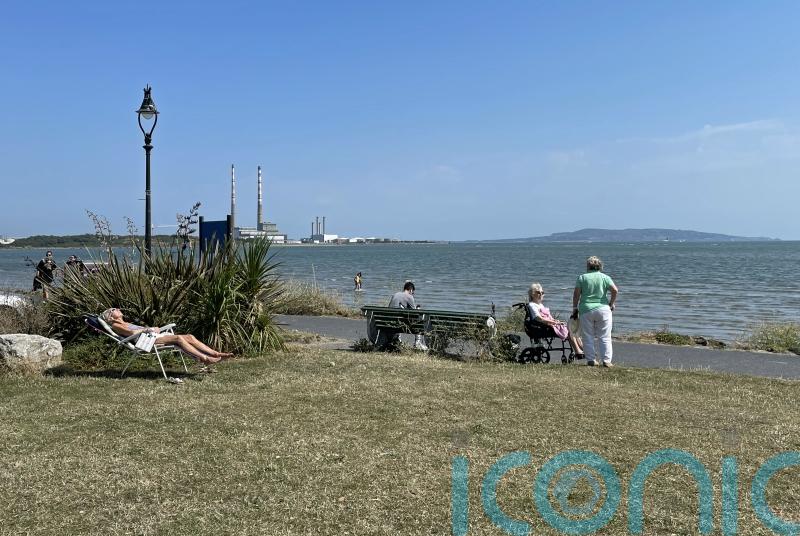 Temperatures could go above 30C in parts of Ireland this weekend, as forecasters issued a thunderstorm warning for the whole island to come into effect on Sunday.

A Status Yellow hot weather warning is in place across Ireland and remains in effect until 6am on Monday, and a Status Yellow thunderstorm warning has now been issued from 3pm on Sunday until 3am on Monday.

Forecaster Met Eireann has said it will be very warm or hot on Saturday and Sunday with maximum temperatures ranging between 27 to 30C, but added they could be higher locally.

Temperatures may not be as high in coastal areas due to sea breezes, particularly in the northwest of the country.

It will also be warm overnight with minimum temperatures around 15C.

The Department of Agriculture’s Orange Forest Fire Warning, issued in response to “weather patterns and expected level of risk”, also remains in effect until noon on Tuesday.

Ireland and the UK have been experiencing high temperatures and hot conditions this summer as part of a series of rolling heatwaves across Europe.

There has been no significant rainfall for almost two months in Western, Central and Southern Europe, leading to droughts and wildfires breaking out across the continent.

During the first day of Ireland’s current three-day temperature warning, the hottest ever August temperature was provisionally recorded at a Carlow weather station, where temperatures reached 31.7C.

In July, Ireland recorded its hottest temperature in more than a century after parts of Dublin reached 33C.

This includes staying out of direct sunlight for prolonged periods as much as possible, especially between the hours of 11am to 3pm when UV is strongest, staying hydrated throughout the day and regularly applying sunscreen with a high SPF.

Possible impacts of exposure to high temperatures are heat stress, especially for the more vulnerable of the population; high Solar UV index and a risk of water related incidents as people go swimming in the heat.

Irish Water has also warned that measures have been taken at 37 of its 750 water supplies across the country “to ensure taps keep flowing” amid increased demand, and said there are a small number of locations where overnight restrictions are in place for customers.

In Northern Ireland, a Yellow thunderstorm warning is due to come into effect three hours earlier than initially forecast – from 9am on Sunday until midnight.

The Met Office said: “While some places stay dry, hit-and-miss thunderstorms will develop Sunday and Sunday night, and may bring disruption in places.”