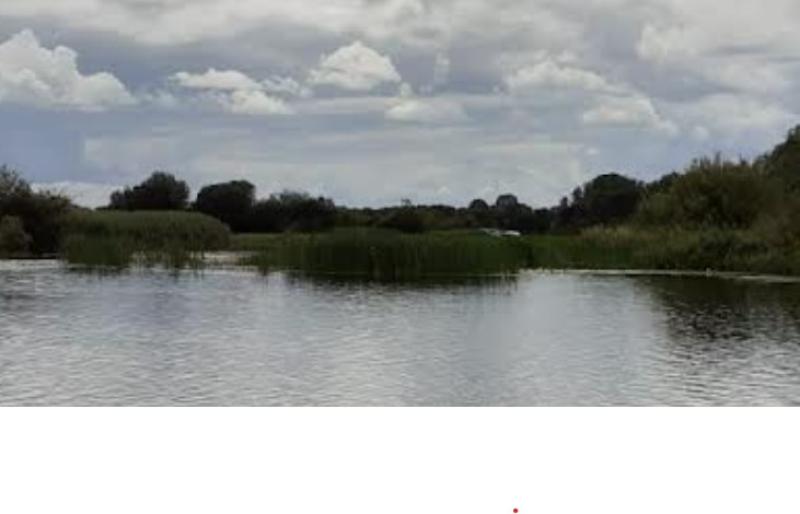 The pinch point at the New Cut before Shaughnessy's Lock (near Lusmagh). Many tonnes of silt was removed from here in 2017.

Many residents living along the Shannon in the Shannon Callows region between Meelick and Athlone are perfectly ok with flooding of Callows land during the winter, seeing it as part of nature's plan, but they point out that much flooding of their land at any time of the year is preventable.

They point out that where there's a will there's a way and since the foundation of the State the Irish government hasn't shown enough will.

Many of these residents are represented by a group called Save Our Shannon Organisation (S.O.S.O.)

“The River Shannon,” says a S.O.S.O. statement sent to the Midland Tribune this week, “is choked with weeds, vegetation, reeds, trees and bushes, which are not located in the navigation channel but along the sides of the river. In times of flooding the river fills up rapidly because the bottom of the river is filled with silt from Bord Na Móna bogs and has nowhere to go, only spread over the surrounding land.

"This problem is particularly bad in Shannon Grove (near Banagher), along the New Cut before Shaughnessy’s Lock (near Lusmagh) and at Derryholmes (near Shannonbridge). When Ministers Patrick O'Donovan and Pippa Hackett visited Banagher and Meelick Weir on Thursday, 29th of July 2021 they both failed to even look at these three worst pinch points.”

S.O.S.O. says the weeds, vegetation, silt, trees and bushes need to be removed so that the river can flow as much as possible between its banks and not spread rapidly over the surrounding lands of farmers and homeowners in the summer. “The residents of the Callow,” said the S.O.S.O. statement, “understand all too well that we will have flooding each winter.”

“Boxer Moran, when he was Minister for the O.P.W. did get one large and one small pinch point removed, fair play to him. However, neither of these were located in the main part of the river and the larger “pinch point” now has reeds and vegetation growing in it once again.

"This highlights the need for a continuous, planned maintenance programme. We are calling on the Minister to get on with the work of removing pinch points in the Shannon Callows, between Athlone and Meelick and use all the €7 million to do so. We, the residents of the Shannon Callows, call on the Minister to implement what was agreed by the Government in December 2019 and to act on what was agreed by the Shannon Flood Risk State Agency Co-ordination Working Group.”