Extension works to Offaly cemetery should start before year's end 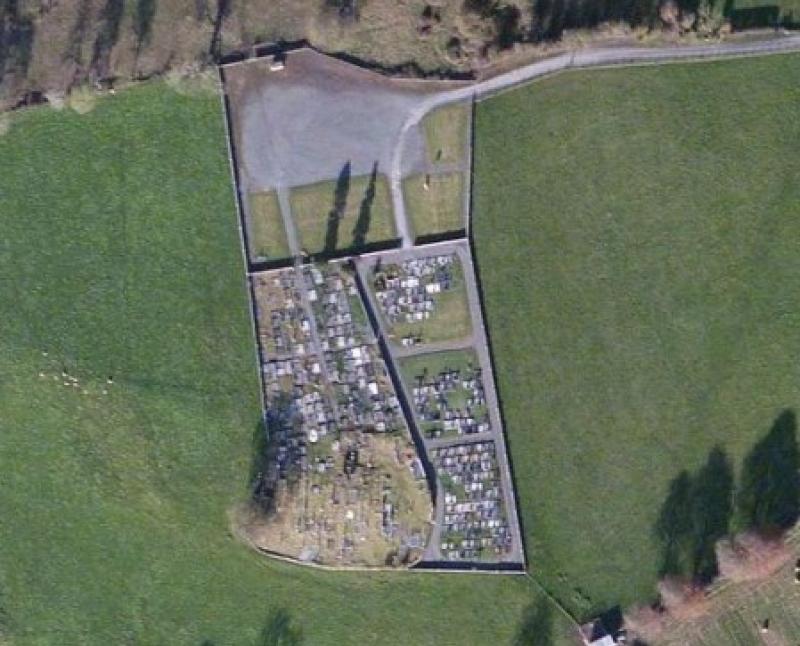 An aerial view of Kilreaghan Cemetery, Kincora, which is the cemetery for Ferbane town.

A long-mooted project to create an additional 400 plots at Kilreaghan Cemetery, Kincora, Ferbane should start before the end of this year.

Cllr Eamon Dooley told the Midland Tribune that the Part 8 section of the planning process should be reached by next month and he would be reasonably confident that the physical work should start a couple of months after that.

Mary Hussey, Senior Engineer in Offaly County Council, told the July meeting of Birr Municipal District that the extension to the cemetery was published on the eTenders website, with a closing date of June 23. “The Submissions are now being reviewed,” she said.

Cllr Dooley said it's also planned to extend the burial ground at High St, Belmont. Kilreaghan is the cemetery that serves the town of Ferbane and it is near capacity.

In September 2019, it was reported that Offaly County Council had agreed to proceed with extension works at the cemetery.

The 0.9-acre extension to the existing site was approved by councillors after being brought before their monthly meeting.

When the work is completed, it is estimated that the extra 400 grave sites will provide capacity for at least 25 years.

The works will be carried out in four phases and 108 grave sites will be provided in phase 1.

Subsequent phases will comprise the construction of footpaths and headstone foundations as the need arises, according to council management.

The proposed works include the construction of a 1.5m concrete wall, access roads and paths, concrete foundations for headstones and drainage.

The works were signed off by council management and councillors in September 2019, but Covid prevented the project from moving more quickly after that.

In his groundbreaking and definitive publication about the burial grounds of Offaly, which was published in 2015, archaeologist Stephen Callaghan gave the following description of Kilreaghan: “Old irregular shaped burial ground with several extensions added on to the north and east. The centre of the oldest section is situated on raised land. There is one enclosed burial plot in the old section. Several gravel paths run through the burial ground. The boundary wall for the older burial ground section is made from coarse stone.

“The later extensions have a concrete block/concrete wall boundary. Most of the burial ground is covered with grass.

“There is one mature sycamore tree growing in the far SW corner of the oldest section.

“There are two conifer trees in the NW section.”