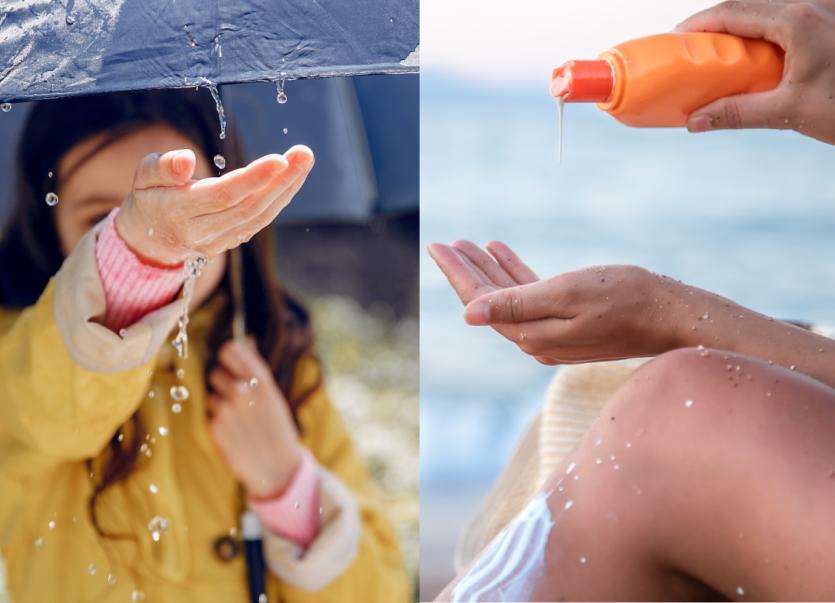 The weather forecast for Ireland for Friday and the weekend is mixed to say the least with Met Eireann forecasting sunny spells but also heavy thundery showers with the heaviest expected to arrive on Sunday.

It will be warm and humid also with temperatures set to reach as high as 22 degrees in the coming days.

The weather forecast for Ireland for Friday from Met Eireann is for a mostly cloudy start to the day with scattered showers and sunny spells through the day, some turning heavy or thundery in the south and west by evening. Rather warm and humid, in a light to moderate southerly breeze. Highest temperatures of 16 to 21 degrees, with the best values across the northern half of the country.

Showers will become isolated through Friday night leaving long dry spells with a mix of cloud and clear spells. Lowest temperatures of 11 to 15 degrees in light variable breezes with mist and fog patches forming mostly in the south and west, becoming dense in places.

According to Met Eireann, there will be good sunny spells on Saturday however scattered showers will develop during the afternoon. By evening more frequent showery outbreaks of rain will move in from the southwest. Highest temperatures of 18 to 22 degrees in light southerly or variable breezes.

Showery outbreaks of rain will continue on Saturday night with some thundery burst in northern areas, this will be mixed with occasional clear spells. Lowest temperatures of 11 to 14 degrees in light southerly or variable breezes.

Sunday will bring sunny spells and scattered showers, some of the showers will be heavy or thundery during the afternoon with a risk of spot flooding. Highest temperatures of 16 to 19 degrees, in light to moderate southwest to west breezes.