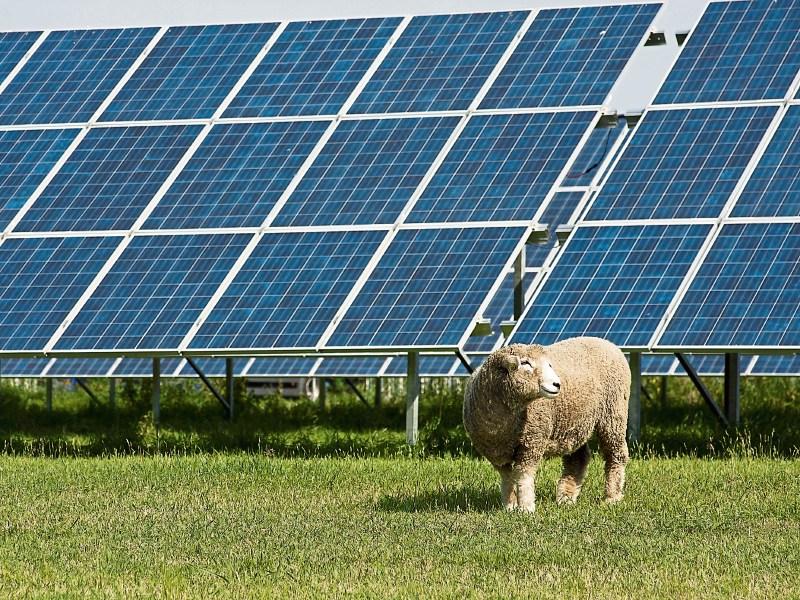 There's general support in South Offaly for the massive solar farm which will be built between Kilcormac and Birr.

There is general good will in the local community towards a massive solar farm which will be built on land between Kilcormac and Birr.

The solar farm was recently given the green light by Offaly County Council with a number of conditions attached.

It will provide a windfall for Offaly County Council as the Development Contribution is close to €500,000.

Ensource Ireland Ltd applied for a ten year permission for the proposed development at Ballindown, Bogderries, Ballywilliam and Ballynaguilsha in Offaly.

These townlands are just outside Birr off the N52 heading towards Kilcormac. The total development area will be ca. 70.2 hectares. (173.4 acres)

“I think there's a different dynamic with solar farms compared to wind farms,” commented Cllr John Leahy, when speaking to The Midland Tribune this week.

“Some people think wind turbines are visually intrusive. There's not that issue with solar farms. Also, the land can still be grazed around the solar panels."

As well as the €480,000 development contribution to the County Council there will also be a fund of money available to community groups which could amount to a few hundred thousand Euro over the lifetime of the solar farm.

“Community groups in Mount Lucas,” continued Cllr Leahy, “don't have to go to the trouble of fundraising anymore because of the funds they receive from the wind farm there.”

Cllr John Carroll said there was a significant consultation process with the local community prior to the project being given the green light, with a public, information meeting held in Rath Hall. “The feeling on the ground is pretty positive towards the project,” said Cllr Carroll.

The farm will be located near the old Birr / Rath road, on fields beside the expansive bogland there.

The energy produced will go into the national grid.

The development will consist of the construction of a Solar PV development with a maximum export capacity (MEC) of up to 40MW comprising of circa 122,904 photovoltaic panels laid out in arrays.

The plans also include the construction of a 38kV substation, a transformer unit and associated buildings.

There will also be 16 Power Hubs which incorporate an inverter and a transformer, a single storey communications building, a client side sub-station building and an equipment storage building.

The plans also include the installation of 10 CCTV cameras mounted on four metre high poles and perimeter security fencing.
Offaly County Council has granted permission for the project with 21 conditions attached. Among the conditions is a stipulation that the local authority receives a development contribution of €480,000.

It also states that glint and glare from the panels must not present a danger to traffic and that an archaeologist be employed to monitor all groundworks.

It further states that the permission 'shall not be construed as any form of consent or agreement to a connection to the national grid'. The applicant will be required to consult with Offaly County Council before any work to connect to the grid is undertaken.

CCTV cameras will also be required to be in a fixed position and not directed towards adjoining properties or the public road.

Big housing plans unveiled for this field in Offaly