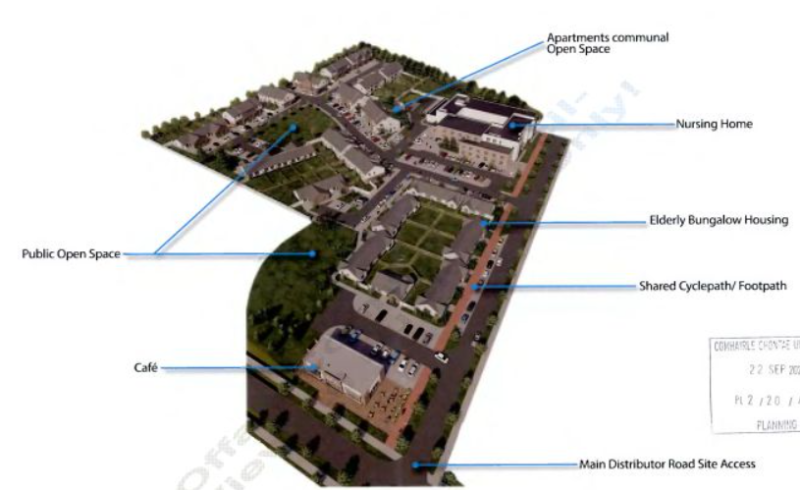 AN appeal has been lodged with An Bord Pleanala objecting to the construction of a 90 bed, 3 storey nursing home, coffee shop and 77 residential units at Arden, Tullamore.

The application by Riverpoint Construction, received planning approval from Offaly County Council on May 10 2021.

A number of submissions had been received by the local authority in relation to the development including one from the Arden Lane Residents. Most of the residents were concerned that their privacy was maintained. Others were worried that trees would be cut down during construction.

Just one person has appealed the decision to An Bord Pleanala. In the appellant's original objection they said it had come to their notice that the development was on a portion of their land and they had not given permission for its use. The submission said it objected on the grounds that the developer had not consulted with them and it would have a serious impact on their house and gardens.

The residential units proposed for the site include two 2 storey apartments over two blocks totalling 16. Two and three-bedroom bungalows and terrace houses. Permission is also sought for a new 83m long vehicular road and pedestrian access from the existing roundabout and spur road at Arden Road.

A new vehicular road access to the development with pedestrian and bicycle access points together with landscaping, bin and bicycle storage.