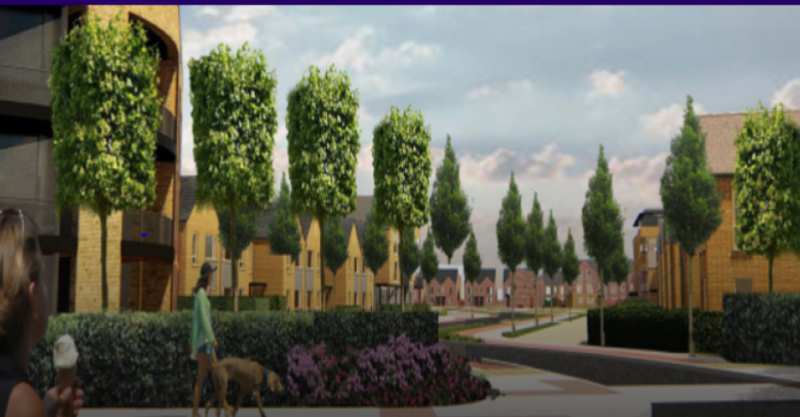 AN Bord Pleanala has decided that a proposal for a large scale ''urban neighbourhood'' which it previously refused on the outskirts of Tullamore, requires further consideration and amendment.

Steinfort Investments Fund applied directly to An Bord Pleanala under the strategic housing legislation which allows for the fast tracking of large developments without the need to go through the local planning process.

The proposed development at Clonminch and Gayfield, Tullamore is for 359 residential units including 161 apartments/duplex and 198 houses.

Steinfort Investments Fund also made provisions in the plan for cafes, local shops, hairdressers, a medical centre and a post office on the site.

15,389 square metres of public open space is part of the overall proposal to include a mixture of hard surfaced civic spaces or squares and landscaped green areas. Car parking for 666 vehicles is also planned.

In November 2020, An Bord Pleanala refused permission for the development. Listed among its reasons was that the scheme was; ''dominated by roads and surface car parking and results in a poor design concept for the site that is substandard in its form and layout, fails to establish a sense of place, and includes a poor quality of urban and architectural design.''

On June 1 last An Bord Pleanala made a decision that the plan now requires further consideration.

According to the Board's own website. ''A person who is carrying out or plans to carry out a strategic infrastructure development can request permission from the Board for changes to a development. This development will have already received a grant of permission or approval from the Board.'' This is not the case here as it was refused.

It also states ''It is not possible to make a planning appeal on the Board's decision on a strategic infrastructure case.''