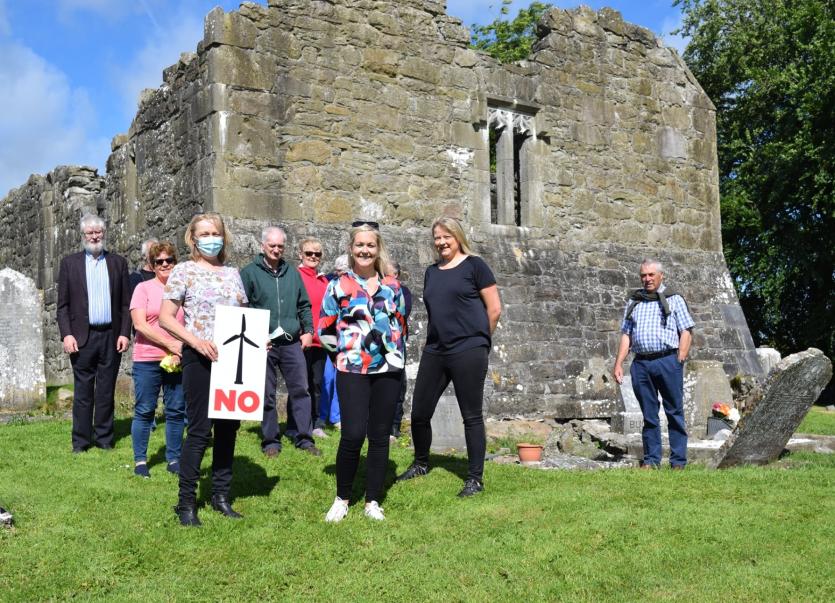 Cllr Clare Claffey has met with a group opposed to a wind farm in the historic area of Lemanaghan in Offaly.

"I was delighted to meet some of the community in Lemanaghan and get a detailed tour of the monastic site, including St Manchan's Church, the Holy well, Togher and St Mella's cell as well as viewing some of the early Christian Cross slabs now stored in the old school," the Social Democrats councillor said.

"It truly is a uniquely peaceful and atmospheric place, and I fully agree with the local people that the industrial-scale wind turbines proposed for the area by Bord na Mona would destroy this sense of peace that is so central to the heritage.

"I have committed to bringing the concerns of the community to Offaly County Council through the County Development Plan and to helping the local people make their voices heard if the proposals go on to the planning stage."

The opposition comes after Offaly councillors voted by the narrowest of margins against a proposal to exclude Lemanaghan Bog entirely from an area in the county where wind farms may be permitted.

Instead of adopting a motion from Cllr Ken Smollen for Lamanaghan's outright exclusion, the council opted by nine votes to eight to pass an amendment tabled by Cllr Frank Moran which seeks to create a turbine-free zone at least 700m wide around the monastic site founded by St Manchan.