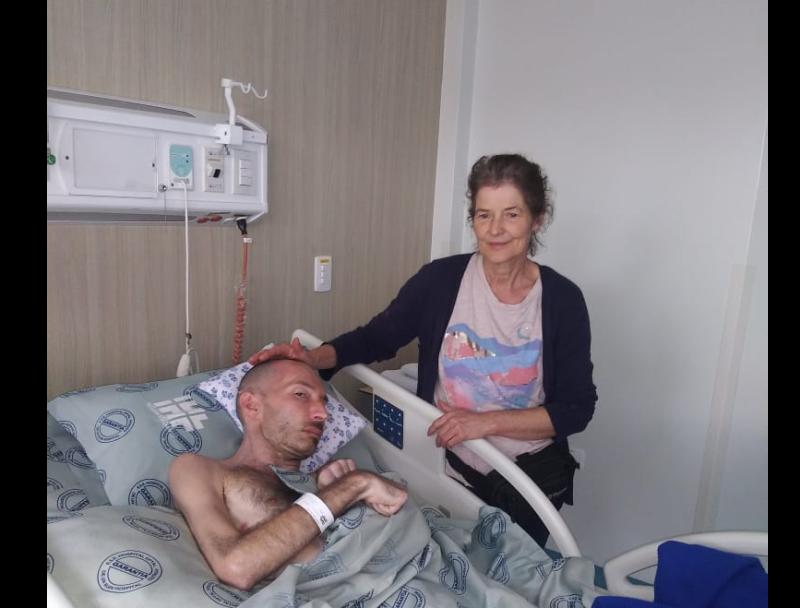 A fresh appeal for help from the public has been made as medical costs for an Irishman seriously injured in South America last year exceed $90,000.

Eoghan de Cleir, a member of the well-known de Cleir family - who run the last remaining shop in Kinnitty - was on life-support in an induced-coma after falling from a second-floor balcony during a visit to Colombia.

Family, friends, and neighbours of the 40 year old have been supporting a Go-Fund-Me campaign which has successfully raised over $33,000 to date.  However, the costs around Eoghan’s care are currently in excess of $90,000, and rising still.  Eoghan’s mother, Ira, has given up her job to be with her son, spending her life-saving’s and borrowing extensively from friends and family to cater for Eoghan’s medical needs in the process.

In addition to the medical and financial pressure Eoghan’s family are under, the political unrest and protests in Columbia are adding another severe challenge for the de Cleirs. Even normally straightforward administrative tasks such as renewing visas are nearly impossible with roadblocks now commonplace in Colombia, and ambulances often the only vehicles allowed through.

Eoghan’s recovery is steady but slow. While he is now able to slowly feed himself some basic meals and can communicate a little by writing, spoken conversation is not yet possible. The extent of Eoghan’s recovery to this point would not have been possible at all without the support of family, friends, and the general public.

Sean de Cleir, Eoghan’s uncle offered the following update on Eoghan’s current condition, “He is still not in rehab as much more surgery is needed, from major procedures to physical therapy, laser vocal treatments, and speech therapy. This meant he had go back to private healthcare as he needs day and night nurses, and other medical resources.  Once he has recovered further, rehabilitation will be possible.  It is really stressful for Ira trying to look after him, and at the same time deal with the emotional and financial pressures of ensuring the best treatment possible for Eoghan”.

In addition to all of the above, Covid 19 is still causing fundraising challenges as traditional events remain largely impossible. Mr de Cleir continued, “Under normal circumstances we would already have held a number of activities, from head-shaves, to raffles at event days in Kinnitty, and in Whitegate where Eoghan grew up. But at the moment, such events simply aren’t possible”.

A Facebook page - REX KINNITTY - is acting as an online focal-point for the campaign. Anyone wishing to donate will find the Go-Fund-Me link there, together with regular updates on Mr. de Cleir's progress, as well as information about possible future fundraising endeavours.