Hail, thunderstorms and windy weather in weather forecast for Ireland for the weekend from Met Eireann 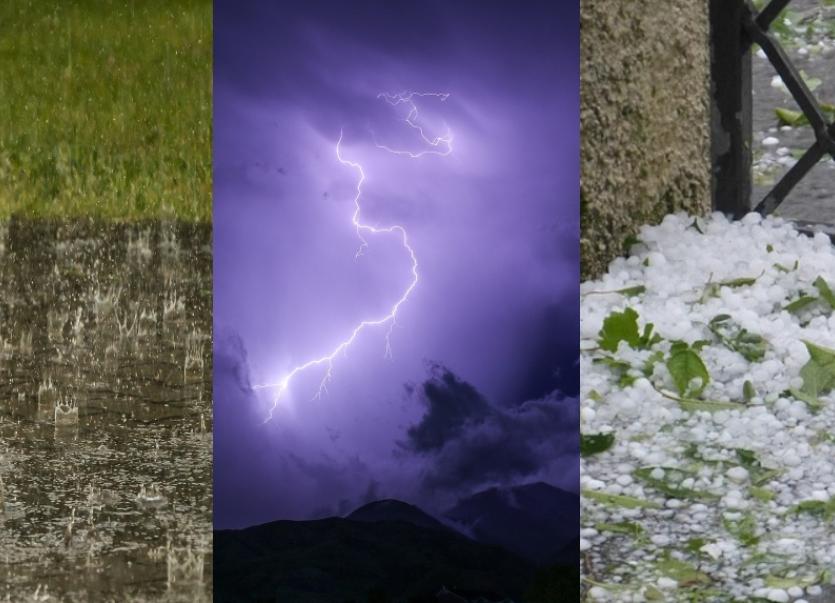 The weather forecast for Ireland for the weekend from Met Eireann is for the weather to turn milder but continuing unsettled with low pressure moving close to Ireland bringing spells of wet and windy weather with heavy showers expected later in the weekend.

The weather forecast for Ireland for Friday from Met Eireann is for the weather to be cool but dry for most and bright during the day in a light northwest or variable breeze. There will be well scattered showers in Ulster and northern parts of Connacht. Cloud will build through the afternoon ahead of a band of rain that will arrive into the southwest later in the evening with freshening southeasterly winds. Highest temperatures of 10 to 14 degrees.

Friday night will be wet and windy. Rain will spread from the southwest overnight, reaching the northeast at around dawn. Rain will be heavy at times, particularly along the southern coast. Fresh to strong and gusty southeasterly winds will reach gale force on coasts in the southwest and west. Lowest temperatures of 3 to 7 degrees.

The weather forecast for Ireland for Saturday from Met Eireann is for the weather to be wet and blustery to begin the day with rain clearing to sunshine and showers from the southwest during the morning. The rain will clear the north coast in the afternoon. Fresh to strong and gusty southeast winds will veer southwesterly and moderate somewhat as the rain clears. A much milder day than of recent with highest temperatures of 13 to 17 degrees, mildest in Leinster.

Showers will become more frequent and widespread on Saturday night as southerly winds freshen again, increasing strong on coastal parts of the south and west. Lowest temperatures of 7 to 10 degrees.

According to Met Eireann, Sunday will be windy with widespread heavy showers and limited bright intervals. Hail showers are possible, with the risk of thunderstorms. Showers will likely be heaviest in the western half of the country. Highest temperatures of 12 to 15 degrees. Fresh to strong and gusty southerly winds will moderate later in the afternoon and evening but remain breezy in parts overnight. Showers will continue on Sunday night mixed with clear spells.

Monday will see further widespread heavy showers of rain or hail, with thundery downpours possible. Bright or sunny spells will be limited. Highs of 12 to 15 degrees. Moderate to fresh breezes will be variable in direction, strong at times near coasts.