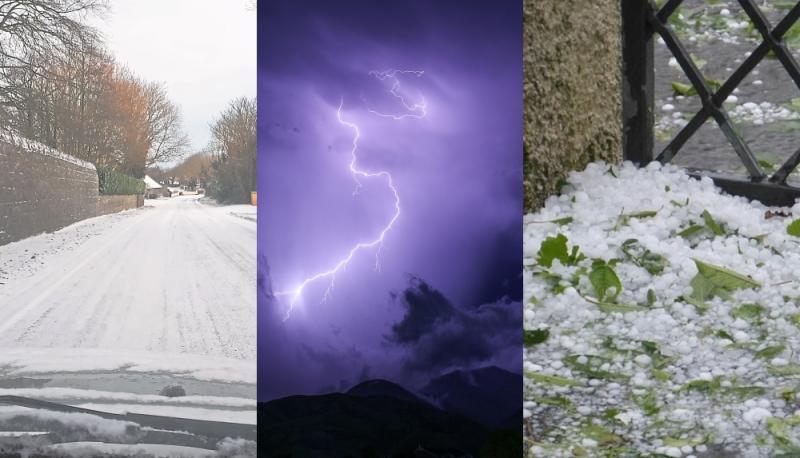 The weather forecast for Ireland for the coming days from Met Eireann is for colder weather to return for the weekend with widespread sharp frosts at night. A good deal of dry weather overall but scattered showers will be heavy and wintry at times. Feeling pleasant though in the sunny spells with light winds.

The weather forecast for Ireland for the Thursday from Met Eireann is for a breezy day with variable cloud amounts and passing showers, with the best of any bright or sunny intervals over southern counties. A more prolonged spell of rain will develop in the northwest during the afternoon, and will spread slowly southeastwards on Thursday evening and night. Highest temperatures of 7 to 10 degrees in moderate to fresh and gusty southwest winds, becoming strong at times on northern and western coasts.

The band of rain will track southeastwards overnight on Thursday, with clear spells and scattered wintry showers following into the north and west. Winds will ease mainly light west to northwest and turning cold behind it with lowest temperatures of 0 to 2 degrees in Ulster and Connacht, 2 to 5 degrees elsewhere.

The weather forecast for Ireland for the Friday from Met Eireann is for any lingering rain on southern coasts to clear away quickly in the morning leaving a day of good sunshine with scattered wintry showers. Showers will become widespread through the afternoon, turning heavy as well with a risk of hail and isolated thunderstorms. Snow is possible on high ground in Ulster. Highest temperatures of 6 to 9 degrees generally, but a degree or so colder in the north in light northerly winds. Scattered showers will continue overnight, mainly in the north and west, more isolated further south. A very cold night with lowest temperatures of -4 to 0 degrees with a widespread sharp frost and icy stretches developing under good clear spells.

TAP TO READ NEXT: Popular Offaly pub and €10,000 cash is the amazing prize in incredible raffle

The weather forecast for Ireland for the Saturday from Met Eireann is for a cold day with good sunny spells and scattered heavy showers of rain, hail, sleet and snow along with a continued risk of thunderstorm activity. Showers will be most frequent in the north and west and will again become widespread through the afternoon and early evening. Highest temperatures of 5 to 8 degrees in light northerly breezes. Overnight, showers will become mainly confined to the north and west and along eastern coasts. Very cold, with lowest temperatures of -4 to 0 degrees, again with a widespread sharp frost and icy stretches developing under good clear spells.

The weather forecast for Ireland for the Sunday from Met Eireann is for another cool day with sunny spells and showers. The showers will become more isolated through the evening. Highest temperatures of 5 to 9 degrees. A cold night with lowest temperatures of -3 to +1 degrees. Northerly winds will become variable and near calm at times with mist and fog patches developing. Cloud will push in from the northwest ahead of outbreaks of rain moving in towards dawn