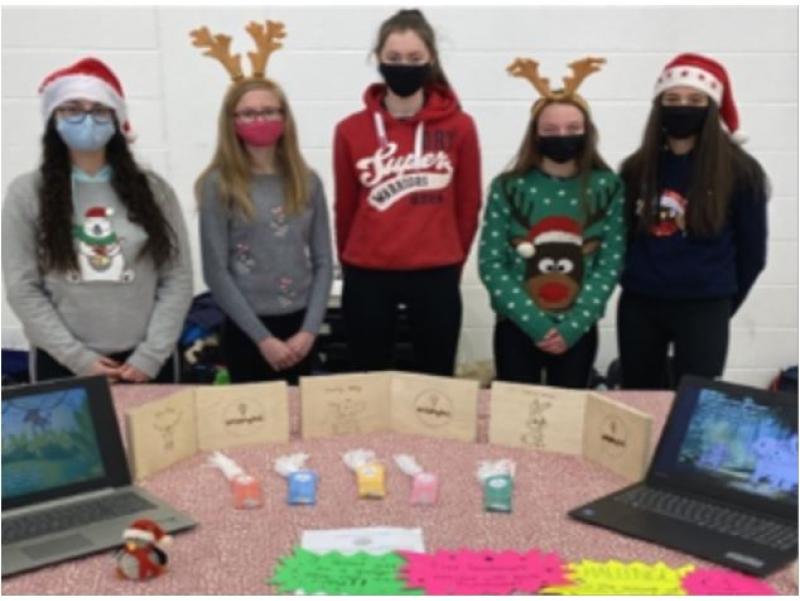 AN elephant, a monkey and a rabbit have combined forces to provide advice to young children in the Tullamore area.

The trio, aka Smelly Nelly, Rude Roy and Timid Tessa, are the brainchild of five students at Tullamore College, who have produced three books centred on the characters.

The five students - Una Hughes, Nera Grgurev, Tracy Hannon, Grace Tierney, and Lucy Cullen Nolan – are in Transition Year at Tullamore College and form the enterprise company, “Untangled Books” which is behind the initiative.

“ Our company developed a set of three books aimed at pre-school/early primary school,  aged children to help them understand and deal with daily concerns and issues that may affect this age group today,” Una Hughes told the Tribune this week.

Added Una: “The books address the importance of hygiene, the value of good manners and the issue of anxiety and fear that young people within that age group are experiencing.”

“We developed these books as we felt there was a gap in the market for easy to read, fun and educational books. The books  are based on  three likeable characters – Smelly Nelly, Rude Roy, and Timid Tessa – an elephant, a monkey, and a rabbit. They are original stories, written by a member of our team,  and  are in  a  rhyming format.”

The books are hand drawn by members of the team and are printed locally in order to support local businesses.

“We have worked very hard to create books of the highest quality and value since September,” outlined Una.

The books are priced at €14.99 for a set of three and the students have made it possible for customers to pay by PayPal due to the pandemic.

In the beginning the company printed 40 sets of books which sold out immediately via thestudent fair and social media orders.

Using the profits, the compnay printed a second batch of 40 sets, and these are also nearly sold out.

Feedback has been very positive from parents and children. “A primary school teacher reported that she brought them to school to read to her students and they really enjoyed the stories,” pointed out Una.

“We also found out recently that our group was one of the three groups from Tullamore College to go through to the Offaly Enterprise Final which will be held in the upcoming weeks,” she added.

You can contact the company via their social media platforms