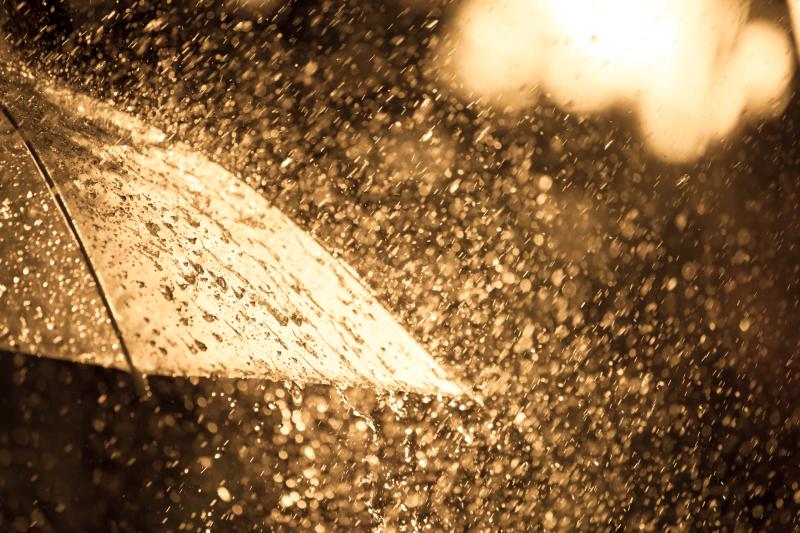 The weather forecast for Ireland for the coming week from Met Erieann is for rain across the country on Monday and Tuesday but turning colder from Wednesday with rain turning to sleet in the southeast on Wednesday evening. Sunny spells and showers of rain, hail and sleet for the remainder of the week and next weekend, with temperatures a few degrees below normal and a widespread frost each night.

The weather forecast for Ireland for Monday from Met Eireann is for it to bevercast or misty today with outbreaks of rain and drizzle in the southwest moving northeastwards during the day, with a light southerly breeze. Rain will turn more persistent in many areas in the evening, heaviest in the southwest. Highest temperatures of 7 to 10 degrees in the southern half of the country, colder day further north with highs of 4 to 6 degrees.

Rain in all areas on Monday night, heaviest and most persistent across the west and north midlands with some local flooding possible. Lowest temperatures of 6 to 9 degrees, however remaining colder over Ulster with lows of 2 to 5 degrees here. Southwesterly winds will freshen overnight, becoming strong on coasts.

A Status Yellow Rainfall Warning is in place for Connacht, Longford, Louth, Westmeath, Meath, Cavan and Monaghan from 9pm on Monday until 9pm on Tuesday. Heavy rainfall will lead to accumulations of 30 to 50mm, with higher accumulations in mountainous areas. This will bring a risk of some river and localised flooding.

A wet, breezy morning on Tuesday with rain nationwide. There will be heavy outbreaks in the northern half of the country where rain will be most persistent with a continued risk of localised flooding. Rain will become more intermittent in the south in the afternoon, but still with some heavier falls at times. A colder day again for Ulster with highest temperatures of 2 to 5 degrees here, 7 to 11 degrees elsewhere. Winds will be fresh southwesterly over the bulk of the country and strong on coasts, with light northerly winds in the north.

Outbreaks of rain continuing in many areas overnight on Tuesday, however a clearance from the northwest will mean much of Ulster and Connacht will be dry by morning, with patches of mist and fog developing. Frost will set in quickly after dark in the northwest, with lows of between -2 and +1 degrees in Ulster and north Connacht. Less cold elsewhere with lows of 3 to 7 degrees in a light northerly breeze.

The weather forecast for Ireland for Wednesday from Met Eireann states that rain will become persistent again in the east and south, heavy at times. Clearer in the northwest with showers. Northerly winds will mean a cold day overall, and it will become cold enough for the rain to increasingly turn to sleet through the afternoon and evening in the midlands, south and east with snow on high ground. A cold day with afternoon highs of just 3 to 5 degrees in light northerly winds.

The rain, sleet and snow will clear away eastwards on Wednesday night, with showers in the west and north. Frost will develop in lows of -1 to +2 degrees.

Thursday will be a cold day, with bright spells in the south, but widespread showers over the northern half of the country. Some of the showers will have a wintry mix of hail and sleet at times. Feeling cold in a brisk northwest breeze, with highs of 4 to 6 degrees.
Mostly dry Thursday night, with showers retreating to western and northern coastal areas. A sharp frost in places with lows of zero to -3 degrees.

Sunny spells and scattered showers on Friday, but lighter winds will mean the showers remain largely in the northwest without getting too far inland. Again some of the showers will be wintry, especially over high ground. Highs of just 3 to 5 degrees in light westerly winds.
Another sharp frost on Friday night with lows of between -2 and +1 degrees.

According to Met Eireann, next weekend will be mainly dry with a mix of sunshine and showers. Remaining cooler than average with highs of 3 to 5 degrees on Saturday and 4 to 7 degrees on Sunday, with a widespread frost on both nights.