Ireland now has highest Covid-19 infection rate in the world 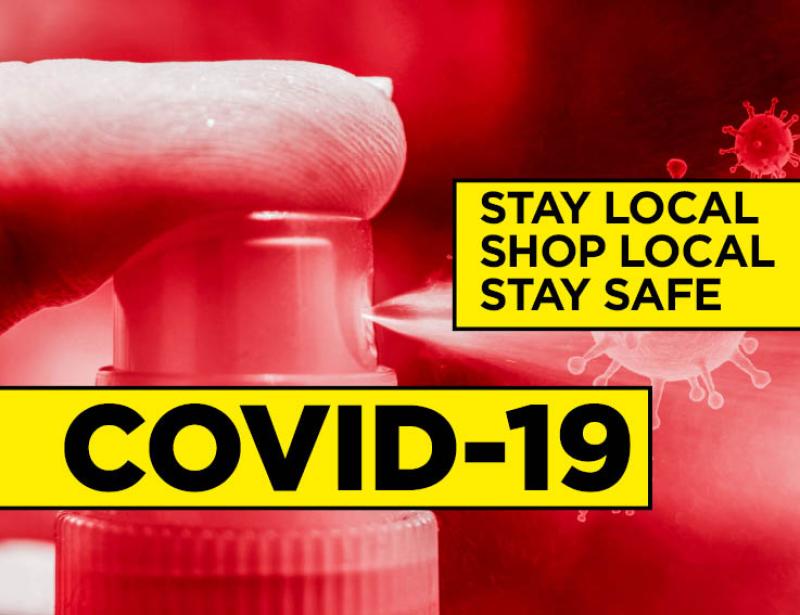 Ireland has now hit the highest Covid-19 infection rate in the world.

With more than 45,000 new cases over the last week, it shows that the disease is spreading here at a faster rate than other European nations or the United States.

This is according to data compiled by Johns Hopkins University, the World Health Organisation and other organisations, and  released by Bloomberg. 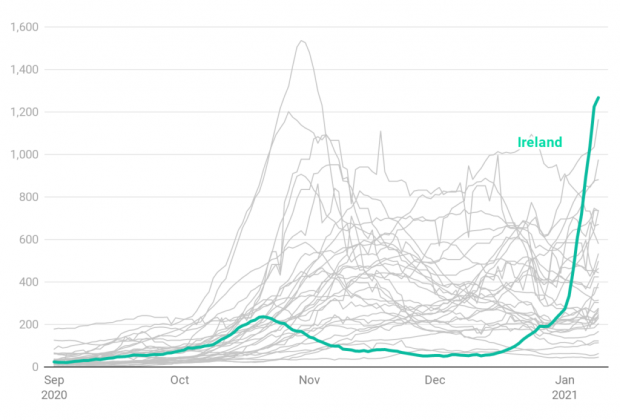 The dataset uses the rate of infection per million people to compare different countries.

In early December, Ireland had the lowest rate in Europe at just 50 cases per million.

The situation in Ireland will get worse yet before it improves, according to Dr Tony Holohan, this Monday, January 11.

He said, “while we are seeing the first glimmer of hope in respect of our daily case figures and positivity rates, the situation in hospitals and ICUs around the country continues to worsen day on day. We know that hospitalisations occur some weeks after a confirmed case is notified, and mortality after that again. That means we are unfortunately set for a period of time where the situation in our hospitals gets worse before it gets better.

“The best way forward now is for all of us to stay at home. Staying at home and cutting your contacts right down to only those in your immediate household is the one vital way we will protect our healthcare system as it struggles with the burdens brought on by this surge in COVID-19 infections.”