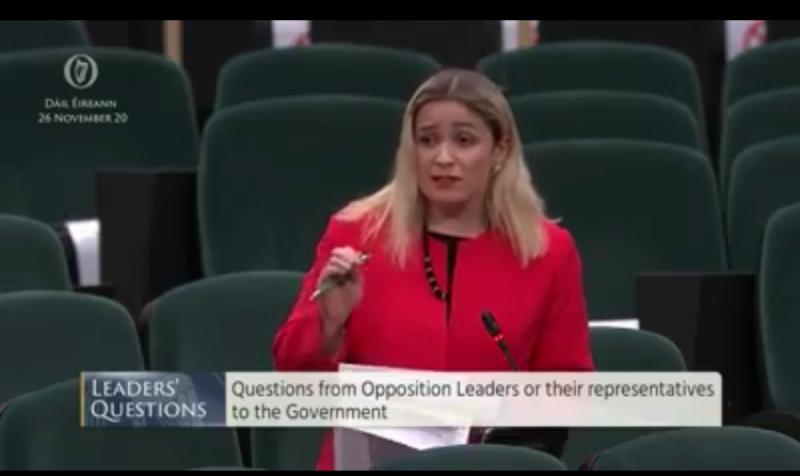 There was some welcome news for the people of Birr when it was announced that a Primary Care Centre in the town will go ahead, with the project earmarked for the opening in the third quarter of 2022.
Over the last number of months, there has been growing anger and frustration among locals and public representatives because of the organisation's slowness in pushing ahead with the project.
Recently, local councillors were left disappointed because they were informed by the Health Service Executive that the PCC wouldn't be built in the Rectory Field, a site which they had pinned their hopes on for the last year or so.
This decision by the HSE to reject plans for a PCC was raised with the Minster of State of Health last week.
Independent TD for Laois Offaly Carol Nolan was speaking the Dail where she obtained an emergency Topical Issue debate on the matter through the office of the Ceann Comhairle.
Speaking last week, Deputy Nolan stated: “I promised the people of Birr and indeed the wider communities of Offaly that I would purse this until we have a satisfactory solution. That is why I sought and tabled the debate yesterday.”
“I made it clear to Minister of State Butler that the proposed Primary Centre needed to be delivered in as timely and as efficient a manner as possible and that any attempt to pull back from the project would be resisted tooth and nail.”
“I acknowledge that Minister Butler was personally very supportive of the project and accepted the dedication of local Councillors and representatives, especially the Cathaoirleach of Offaly County Council, Cllr John Carroll, in driving the issue forward.”
The Independent TD continued: “I was explicitly assured that the project will be going ahead and that a proposed operational opening date was set for the third quarter of 2022. While that is welcome it is still too far off. It simply does not take account of the urgency of the local need.”
“I also stressed to the Minister that local Councillors and representatives must be better informed by the HSE with respect to this Primary Care Centre. So far the communication has been dismal and that certainly needs to be improved.”
“I will continue raising and pursuing this matter on behalf of the people of Birr and the wider area until we get the job done and the community services delivered,” concluded Deputy Nolan.

Claffey slams further HSE delays on Birr Primary Care Centre
Cllr Clare Claffey has strongly criticised continued delays in the provision of a desperately needed new primary care centre for Birr. The Social Democrats councillor for the Birr Municipal District has started a petition to urge the Minister for Health and the HSE to take immediate action on developing a primary care centre for Birr without further delay.
Reacting to the news that the HSE has decided not to proceed to proposed development of the area known as the “Rectory Field” in Birr as a location for the proposed Birr Primary Care Centre, Claffey said: “For years the HSE have been informing the people of Birr that they are committed to providing a Primary Care Centre in the town and to date nothing has happened. This news has set us back to square one. Tullamore has a Primary care centre, the Primary Care Centre in Banagher is near completion so why is Birr no further on?”
Cllr Claffey said “now we hear that the HSE is considering three alternative sites in Birr for the centre, and dealing with three private developers. Mary Butler TD Minister of State at the Department of Health stated recently in the Dáil that the primary care centre will be operational by the third quarter of 2022. While it may be good news that a centre will eventually be completed, I am shocked and disappointed at the poor communication between the HSE and local elected representatives, they seem to be intent on fuelling rumour rather than communicating with all the elected representatives of the people of Birr in a professional and timely manner.”
Claffey continued: “While I’m delighted that local Oireachtas members have started to recognise the urgency of the situation with regard to primary health care in Birr, I would ask where their voices were when Midoc was closed in Birr, and where their voices have been for the last two years as the people of Birr desperately needed support. The people of Birr are crying out for a modern Primary Care Centre now – the GPs services are already under serious pressure and who knows how many more GPs we will lose before Autumn 2022. I am calling on the HSE to place more urgency on the development of this centre, and on improving the delivery of primary healthcare in Birr, both during office hours and also Out-of-Hours.”
In a written response to a parliamentary question, tabled by co-leader of the Social Democrats Roisin Shortall TD in July 2020, the HSE made a commitment that space will be provided for an Out-Of-Hours GP service in a planned new Primary Healthcare Centre for Birr. Deputy Shortall - the Social Democrats Health spokesperson - had tabled the question at the request of Cllr Clare Claffey, who represents the Birr area, and who has been lobbying for the reinstatement of an out of hours GP service for the town for over 2 years.
Cllr Claffey said: “There are encouraging signals now that there could be a diagnostic hub (X-ray) in the new Primary Care Centre, something I have been calling for since I started this campaign. Inclusion of an X-ray facility would be hugely important to the town of Birr and the surrounding south and west Offaly area, and would also help to take pressure off emergency services in Tullamore. But we need a suitable site that all are happy with to be selected as a matter of urgency. The development must be started soon, and we need the HSE to start communicating with us properly on what is happening at each stage.”
The new petition, which can be found at https://my.uplift.ie/petitions/birr
-primary-care-centre has already amassed almost 400 signatures ,and Claffey says that she will be contacting  Minister for Health Stephen Donnelly in the coming weeks to ensure he is aware of the strength of feeling on this issue, and to ask for his support.
She added: “We have all become increasingly aware in the past months of the vital importance of local GP services, and how they desperately need our support. I’m pledging to continue this support into the future, and I will not stop fighting until we have a primary care centre in Birr that we can all be proud of with a functioning Out of Hours GP service attached.”