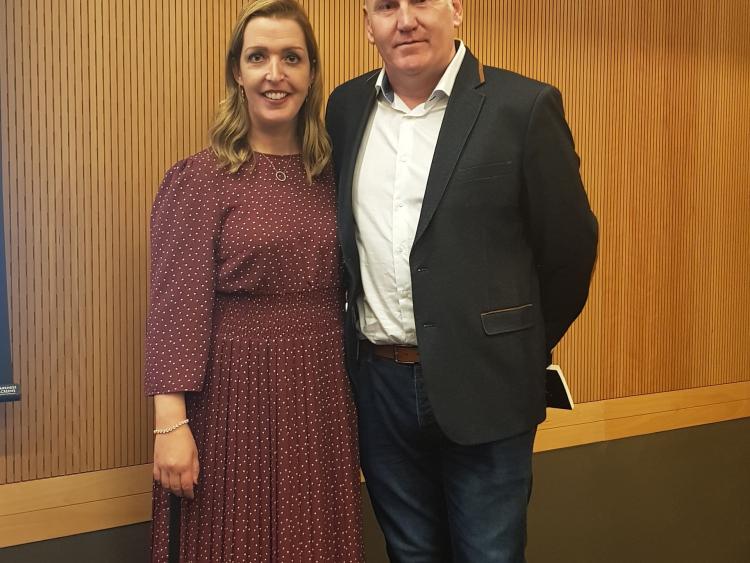 An Offaly native and children's author was inspired to write his first book in 2017 after watching multi million selling children's author David Walliams being interviewed on television and deciding he could do too?

Now, Ray Flannery, who is originally from Banagher, is looking forward to the release of the third book in the 'Moany McMoan: The Accidential Hero' series. Telling the story of Mickey 'Moany McMoan', Mickey is a loveable rogue, who seems to have this amazing ability to find trouble without every trying too hard to find it. Mickey lives in Banban and is a sporty ten year old, who has one simple dream..... he wants to be famous. He does manage to achieve this but just not quite in the manner he had imagined.

In this third instalment of Mickey's adventures, the reader gets to read all about his adventures that he gets up to and including the summer holidays. Speaking to the Tribune recently, Ray said he was looking forward to the release of his latest book, despite not being able to launch the book in the 'traditional' way due to Covid-19.

Also, Ray was delighted to announced that he and his publisher, Book Hub Publishing, were teaming up with the Garda based charity called 'Little Blue Heros'. “This charity does amazing work and gives some children the opportunity to become honourary Gardai. A percentage of all profits will be going to Little Blue Heros and as a serving member of An Garda Siochana, I am proud to be associated with them and hope to raise lots of money for them,” the children's author explained.

Ray, who resides in Dublin, also contributed chapters for three books in the 'Mental Health for Millennials series', the next book of which is due out in October. Meanwhile, the latest book in the 'Moany McMoan' series is available through www.bookhubpublishing.com along with the first two books in the series if readers want to check it out.