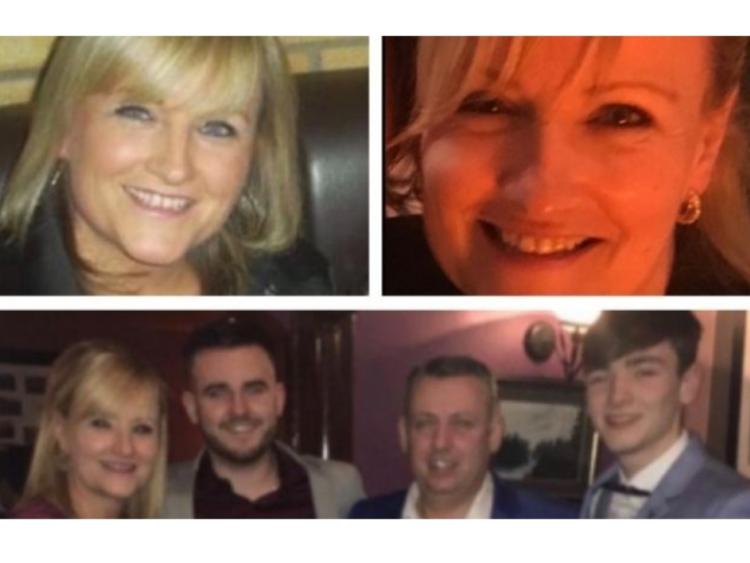 Geraldine and David Kane picture with their sons Dean and Calvin

There has been a truly incredible response to a GoFundMe page set up to help an Edenderry woman get to the UK for life-saving surgery.

The fundraiser aiming to help 52-year-old Geraldine Kane to London for the surgery was set up locally last Thursday and has already reached €20,000.

Geraldine and her husband David's life was turned upside down earlier this year when she was diagnosed with a cancerous tumour. The couple who have been an item since they were teenagers were eagerly awaiting the birth of their first grandchild when they received the shocking news.

Geraldine began suffering from chronic back problems which became more and more painful as Christmas 2019 approached and she eventually had an MRI scan on Saturday, January 18.She was contacted on Monday morning, January 20 to go straight to hospital as a suspicious shadow had been detected on her scan.

The GoFundMe page outlines her journey since then: "After numerous tests in Tullamore hospital, Geraldine was diagnosed with cancer. Unfortunately, the cancer was further advanced than the doctors would have liked, and she was transferred to St James hospital where Geraldine underwent a few minor operations before chemotherapy could be carried out."The following four months were spent undergoing chemotherapy with the hope of shrinking the tumour before the surgeons could operate and remove it.

"Unfortunately, the chemotherapy was unsuccessful and Geraldine had to undergo an intense five-week program of chemotherapy and radiation therapy together with the hope once again of shrinking the tumour."The tumour is connected to vital organs and located in the pelvic area. In order to remove the tumour, part of the spine and pelvic bone may have to be paired away in the process of an extremely complex operation and there is a chance of damaging nerve endings."COVID-19 has added to the already enormous complications involved and due to travel restrictions now in place."

The surgeon, Mr Ian Jenkins, can only perform the surgery at St Mark’s Hospital in Harrow, London, meaning that both Geraldine and her husband David will need to travel to London and isolate for two weeks in a hotel before Geraldine can have her operation. During this time, David will have to stay in the hotel and will not be allowed into visit his wife due to COVID-19 restrictions.

Geraldine will be kept in St Mark’s Hospital for two weeks after the surgery also, so David will need to stay in a hotel for at least one month in London before returning home to Ireland to care for his wife. This is the reason the community in Edenderry and friends and family have started this fundraiser. "The operation must be carried out within eight weeks of the completion of the chemotherapy and radiation treatment, so the doctors have advised it is likely the operation will be performed in mid-October.

"Once Geraldine and David return from London, David will need to take at least another month off work to care for Geraldine until she becomes mobile again and it is very likely that he will not be able to return to work until January 2021 at the earliest."We have created this GoFundMe page with the hope of giving David and Geraldine some much needed peace of mind in these extremely difficult times with some medical bills, accommodation, flights as well as household and utility bills all to be paid while both of them remain out of work."

Any support is greatly appreciated and you can donate HERE.