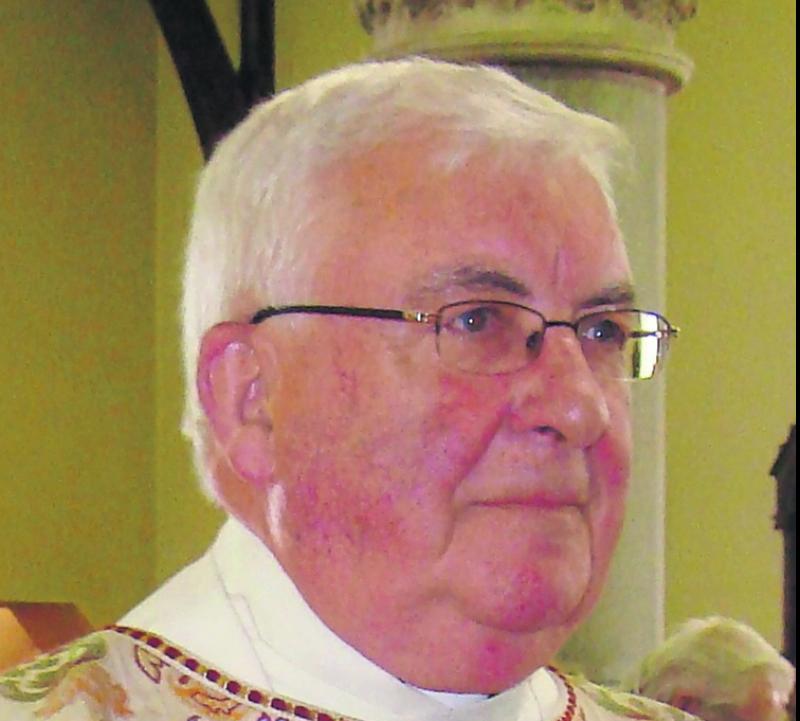 A wave of sadness crossed over the parish of Clara and Horseleap and in his native Kilcormac on Sunday June 28 when news broke of the passing of former Parish Priest Fr Patrick Keary P.E, following an illness.

Fr Keary was appointed PP of the parish in 2005 and served there until his retirement due to ill health in 2019.

Born in Kilcormac in 1941, Fr Keary was the only son of Michael and Annie (nee Nevin) Keary. He was educated in Kilcormac NS and later St Finians College. Mullingar and in 1959 entered the seminary in Maynooth College where he was ordained to the priesthood on 19th June 1966 for the Diocese of Meath.

Following his ordination, he ministered in Navan parish for that summer when he was appointed to the staff of St Finians in Mulligar as a teacher of English, Irish, Latin, Science and Religion. His teaching career ended in 1989 when he was given his first pastoral appointment as curate in Kilcloon, Co. Meath where he served until 1991. He then studied in Rome for a year and on his return he served in Holy Family parish in Ballsgrove, Drogheda. Co. Louth for the next 13 years. His final posting was to the parish of Clara and Horseleap where he resided following his retirement.

Many tributes were paid to Fr Keary in the days following his passing. He was remembered as a quiet, unassuming pastor who served his flock with humility and kindness. He was always accommodating in his parishioners’ wishes at weddings, baptisms and funerals. He was highly regarded as a sage counsel and a caring listening ear and was a great supporter of local initiatives.

Fr Keary was a keen sportsman, an enthusiastic golfer, an avid Manchester United fan and a lifelong supporter of the GAA and was patron of Clara GAA club at the time of his passing.

He was regarded as a gifted homily writer and regularly contributed his sermons to the clerical periodical The Furrow
Fr Andy Doyle, a colleague and friend of Fr Keary, paid many tributes to him in his homily at his requiem Mass. He recalled how popular he was as an innovative teacher and mentor both inside and outside the classroom, immersing himself in the extracurricular activities for the students in his care as a coach in swimming, public speaking and debating with considerable success nationwide.

As pastor, Fr Doyle recalled Patricks devotion to the spiritual needs of his people, saying daily Mass, hearing confessions, attending the sick and seeing to the needs of the less well off at all times. He also organised prayer groups and pilgrimages in many communities.

Following the obsequies, his coffin was brought through the town where hundreds of locals lined the streets in silent tribute, paying their respects to a much loved pastor.

The cortege then travelled to Kilcormac where the local GAA club formed a guard of honour as he was brought to his final resting place to be reunited with his mother and father in the family grave. He is survived by his sisters Maureen Clarke, Ann Moran and Wynne Creaven, his many relatives and friends, his brother priests of the diocese and his former parishioners to whom deepest sympathy is extended.