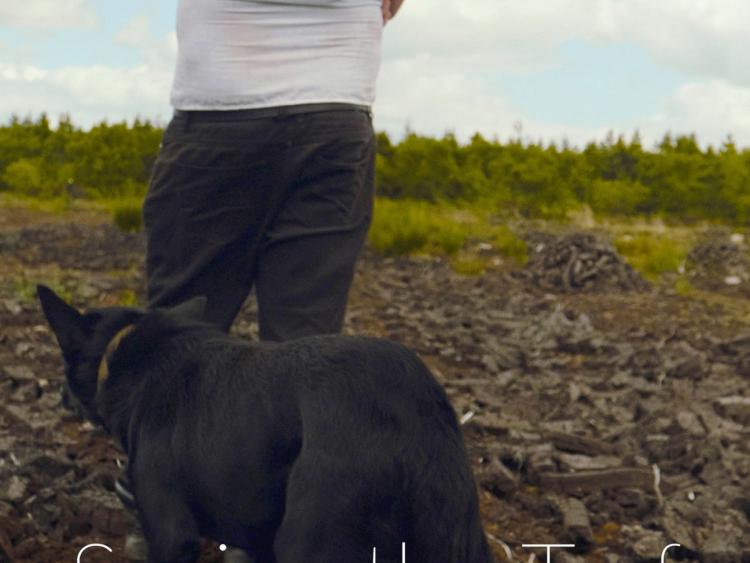 Beautifully shot in the Midlands, 'Saving the Turf' is a poetic portrait that pays homage to a rapidly disappearing way of life, taking us on a journey as locals reflect on everything from the halcyon days of cutting turf by hand to the challenges now facing communities as the industry closes down.

The film looks at Offaly's relationship with its boglands, which has been sustaining life for thousands of years and for the best part of the last century has been the economic lifeblood for many communities. It premiered at the OFFline film festival in October last where it was warmly received by audiences. And now, it will feature as part of the 2020 programme of the Galway Film Fleadh.

Also highlighting the need for greater social and environmental responsibility, the film is the collaborative work of Fiona Breen, Brendan Farrell and Adam Bristow.

Director and actor, Fiona grew up as a nomad but always returned to her roots in the midlands. Now based in Birr, she is set on revealing and shaping authentic stories from the forgotten middle Kingdom of Ireland and this passion is evident in her filmmaking.

'Saving the Turf' was Fiona's second film and was shot in and around the Bog of Allen, paying homage to a rapidly disappearing way of life while also drawing attention to the challenges now facing the region.

While, Brendan is an actor, filmmaker and sound designer from county Kildare. As a writer, he was a finalist of Scripts 2018 and is a co-writer of an ambitious War of Independence drama serial, Fractured, which is being adapted for film this autumn.

Adam grew up in Canada on a diet of films from the pioneering National Film Board and his previous film subjects include the stigma of HIV/Aids, the revamping of a greyhound track and the daily struggles of a cafe owner in one of Lisbon's immigrant neighbourhoods. He is also a writer and a musician.

It was hoped at the time of its premiere in Birr that the film would grow legs and be shown at other film festivals in Ireland and the trio are “absolutely delighted” this has happened as they prepare for its showing at the Galway Film Fleadh on July 10 next.

The film features Kilcormac native, Joe Corboy, who like many men in the town, worked for 'The Board' for years and while, he does not speak in the film, we see him and his dog Blackie as they go about their business on Joe's vintage tractor.

Described as an “impressionistic piece”, the film follows Joe's daily routine. He goes down to the bog with his dog and makes some tea before setting about to do his day's work. Underneath these images, we have interviews with other people from the Kilcormac and Cloghan areas. The film relays their memories of the past and also how their communities have changed since Bord na Mona started moving out of these [peat extraction] activities. It also touches on the environmental impact [of peat extraction].

Speaking to the Tribune last week, Fiona and Adam explained they had arranged to meet people, to interview for the film, in the Kilcormac Community Centre and Joe arrived on the day with his tractor. “We then thought maybe, we don't need the interview format but he [Joe] should be what we are looking at and then we can listen to the interviews,” they explained.

“We then used Joe's journey and his day on his bog. You couldn't have scripted it. This is exactly what Joe does. He heads off on his tractor to the bog with his dog..... That is their life and that is what we really wanted. A personal connection to it [the bog] as opposed to it being that is how you cut turf etc,” Fiona outlined.

According to the pair, it “sort of fell into place then” and they went to Kilcormac, Cloghan, Ferbane and Clara to interview people, gathering a total of five and half hours of taped recordings. “Honestly, you could have made a hundred films but this is the one we chose to tell,” Fiona added.

Speaking about the significance of the Galway Film Fleadh, Fiona enthused the three of them were “very excited”. “It was our first film working together. We struck gold and won. It has been such an honour to be accepted by the Galway Fleadh. It compounded what we knew was a good project,” the director pointed out.

On the night of its premiere in Birr Theatre and Arts centre, you could feel the emotions of the viewers and that the film “really touched people”. “There is a huge connection in the area to the bog. I think the 'Saving the Turf' title also was very interesting. We played with that for a while. When we went out, we could have gone out with our 'green hats' on, that we shouldn't have touched the bogs. But as we started to interview people, we began to realise that it saved a whole generation of men from leaving the area and going to America,” Fiona pointed out.

Adam then added that one thing that was pointed out by many of the interviewees was that they didn't know what would replace it [peat harvesting] now. “That was a big thing and I think that is what is universal about the film. In that, it's about an extractive industry, which has disappeared,” he continued.

Where do go from now?

Asking them where to now, Fiona felt there was a responsibility to do a “twin” of the film about where we go to now. “Looking at personal stories, about the people, who have already over the last ten to 15 years found a way of working with the bog as opposed to taking it out and burning it. There are people that we would like to approach that have been successful in doing that....... We didn't come down on one side or the other. I think it would be the same if we were doing another film if we find someone's personal story. We like that way into a film. We have enjoyed it with 'Saving the Turf', that it was a someone's personal story and we could follow it and then broaden it out to other people.”

Fiona then went on to sincerely thank Gary Hoctor of OFFLine Film Festival for “having faith in them” and allowing them to premiere their film as part of the festival. She also thanked Creative Ireland, Offaly Arts and also the film's participants for telling their story. Meanwhile, 'Saving the Turf' will be screened as part of the Galway Film Fleadh on July 10 at 5pm. For further information, check out www.galwayfilmfleadh.com.

Saving the Turf - Official Trailer from Brendan Farrell on Vimeo.