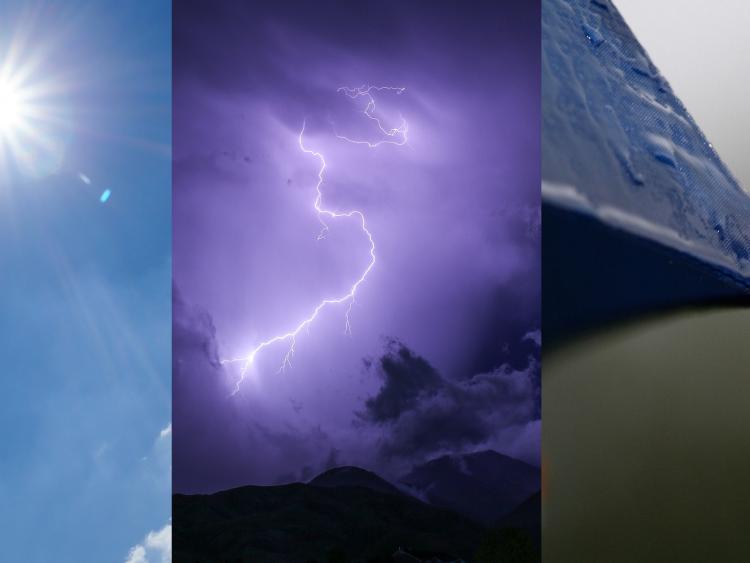 The weather forecast for the coming days for Ireland from Met Eireann is for temperatures to increase for the next few days before dropping again at the weekend.

There will be showers at times and some will be heavy with thundery downpours in the forecast.

The weather forecast for Ireland for Wednesday from Met Eireann is for a mostly cloudy start with sunny spells developing through the morning. It will stay mostly dry tomorrow with just a slight chance of an isolated shower. Highest temperatures of 18 to 23 degrees generally but a degree or two cooler along Atlantic coasts. Light southerly breezes will veer northerly later.

Mostly dry on Wednesday night with some light drizzle in places, mainly in the north. Mist and fog will form in light mostly variable breezes. It will be a mild night with lowest temperatures of 10 to 14 degrees.

Thursday will be warm with sunny spells but some mist will linger during the morning. Mostly dry but some isolated showers will develop during the day. Highest temperatures of 20 to 25 degrees in light northerly or variable breezes.

Generally clear on Thursday night but cloud ahead of further showers will move in from the south with heavy falls with thundery downpours possible. Lowest temperatures of 10 to 15 degrees in mainly light variable breezes.

The weather forecast for Ireland for Friday from Met Eireannn states that the showers will track northwards, mainly affecting the eastern half of the country with a continued risk of heavy and thundery downpours with spot flooding. The showers will clear during the evening but rain will then begin to move in from the west, affecting all areas overnight. It will be warm too with highest temperatures of 18 to 23 degrees in light to moderate southerly breezes.

It will be a wet start to the day on Saturday but as the rain clears northeastwards by the afternoon, it will be followed by showers coming in from the Atlantic, merging into longer spells of rain. Highest temperatures of 15 to 20 degrees in moderate to fresh southerly winds..

Showers will continue to move in from the Atlantic on Sunday but they will be lighter and more scattered. Highest temperatures of 14 to 18 degrees.