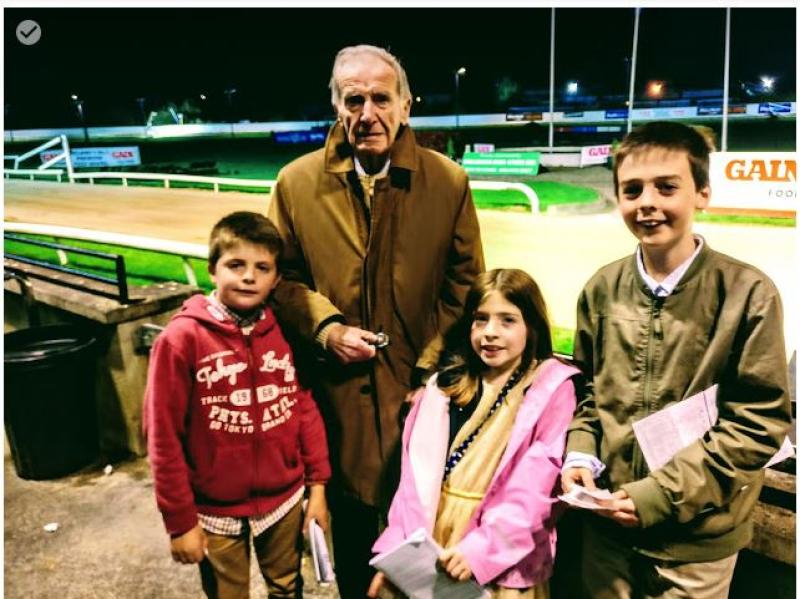 RETIRED former Offaly County surgeon Joseph Hughes of Dew Park, Charleville Road, Tullamore passed away peacefully on Friday, March 6 at home, at the age of 93. He is survived by his wife Carmel, his sons Kieran Joe and John together with his eight grandchildren and two sisters.

He was born in 1927 near Letterkenny, County Donegal. His father was employed as an Inspector of Schools for the Department of Education and this resulted in moves as a child from County Donegal to Cork city and subsequently to Limerick city. He attended the model national School in Anglesea Street in Cork for six years and subsequently was educated by the Jesuits in Clongowes Wood College.

By all accounts he greatly enjoyed his school years in Kildare. He excelled academically. I recall being informed by an old Jesuit by the name of Father O'Byrne that Joe Hughes was probably the best of Greek and Latin student that ever walked out of the gates of Clongowes. Joe left Clongowes in 1945 having come first in Ireland in five subjects in his Leaving Certificate.He rarely mentioned this academic feat

He held the Jesuits in high regard and greatly respected their way of life and vocation . In particular he admired Father Peter Mcverry for over 40 years long before his high-profile associated with the homeless crisis. During his school years he recalled getting days off school to pick potatoes on the school farm during the war. He also recalled walking from Sallins railway station to Vlane following the return to boarding school after Christmas holidays. He had clear memories of watching the German bombers fly over the school at night during the bombing mission of Dublin. He was a member of the FCA and was reputed to be a crack shot with a rifle .

Following secondary school, Joe commenced the study of medicine at University College Dublin where he made lifelong friends and colleagues.

He went on to specialise as a surgeon with particular expertise in urinary genital surgery. He proceeded to finalise his training at hospitals in London, Manchester and Stoke-on-Trent before taking up positions in Monaghan and Dublin. He went on to to commence work as a senior registrar in Tullamore in 1954 and he returned to tullamore in 1962 as County Surgeon.

Joe work diligently as the sole surgeon for County Offaly in Tullamore hospital between the years 1962 and 1981. This was clearly an arduous task and predated the existence of speciality medicine or speciality hospitals and was indicative of the state of a young nation.
As part of of his contract of employment he was required to seek the permission of the County Manager in order to leave the county boundary. Fortunately for him he greatly enjoyed his work which demanded long days and indeed long nights at the hospital. It was said at his retirement function that Joe had operated on a member of nearly every family in County Offaly at some stage in his career. He himself calculated that he met approximately 40,000 people each year at the hospital. He was an active supporter of " the Save Tullamore Hospital" campaign where he took the unusual step of joining and marching with the unions in public protest .

He was unceasingly modest and polite, had little interest in in matters of business or private commerce and enjoyed nothing more than observing small changes in weather patterns common movements in nature, water levels on rivers and such innocent pursuits. He was an avid reader and devoured history books particularly on the subject of of the Second World War, Napoleonic Wars and the science of golf techniques which he always continued to practice. He loved classical music and was a regular contributor at the Gramophone and History societies. He enjoyed golf and fishing and the occasional shot but most of these endeavours were regularly interrupted by phone calls from the hospital .In an era before mobile phones it was not uncommon for a patrol car or even an ambulance to be sent out for him on his days off. In one year alone he exhausted his overtime allowance by the end of February. On the sound of an ambulance driving on the Charleville Road, Joe would rise from his seat and leave for the hospital . He visited the hospital every night before he went to bed to check in on someone that he was worried about .